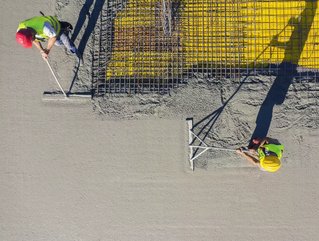 Europe’s leading provider of low carbon cement solutions – Ecocem – has opened a world-class innovation centre in Paris to accelerate the development of new technology and products that will help the cement and construction industries decarbonise more quickly.

The dedicated centre, known as the Centre of Excellence, will enable Ecocem’s innovation team to focus on testing, evaluating, and improving its new ultra-low carbon solutions which reduce the carbon footprint of the traditional cement manufacturing process by half.

Ecocem has always been a first mover. For more than two decades, the company has led the development of cement which emits just 200kg of CO2 per tonne, compared to the more than 600kg of traditional cement. It currently provides the lowest carbon cement ever used in Europe at scale, reducing the CO2 footprint by over a factor of eight.

At the new Centre of Excellence, the Ecocem innovation team will run industrial-sized trials in collaboration with trusted industry partners and universities including Paris-Saclay University and The University of Toulouse.

Laurent Frouin, Ecocem’s Innovation Director, said: “Ecocem is committed to the deep and rapid decarbonisation of the global cement industry. It is essential for the planet and future generations, and it can be achieved through innovation and technology.

“The cement and construction industries are developing and deploying a range of emission reduction technologies – Ecocem and our new Centre of Excellence will add a further dimension to these efforts.”