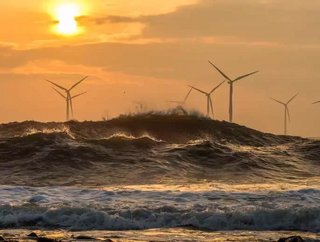 The Norwegian energy company, Equinor, has been selected as a winning bidder for the Empire Wind Project. The 816MW will be located near Jones Beach, L...

The Norwegian energy company, Equinor, has been selected as a winning bidder for the Empire Wind Project.

The 816MW will be located near Jones Beach, Long Island, and is expected to be online by 2025, Windpower Offshore reported.

“Being selected in this highly competitive field of bidders shows the confidence that New York leadership has in Equinor's capabilities of developing large offshore energy projects,” commented Christer af Geijerstam, President of Equinor Wind US.

A partnership between the Danish power firm, Ørsted, and the US-based utility, Eversource, has also been selected for an offshore wind farm.

The Sunrise project will have a capacity of 880MW, and will be developed 48km east of Montauk Point, Long Island.

The farm will be built adjacent to the South Fork and Revolution Wind projects developed by Ørsted.

“Less than a year ago, we created the leading US offshore wind platform by merging the asset portfolios and competences of Deepwater Wind and Ørsted US,” remarked Martin Neubert, CEO of Offshore Wind at Ørsted.

“Our recent significant project wins in New Jersey and New York are proof of the strengths and quality of the combined organisation.”

New York set the goal of sourcing 9GW of renewable electricity from offshore wind by 2035.

“With this agreement, New York will lead the way in developing the largest source of offshore wind power in the nation,” stated Andrew Cuomo, Governor of New York.