How Stantec promotes diversity and inclusion at work 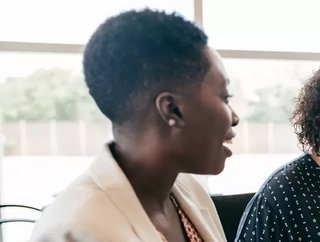 Engineering consultancy Stantec has been on the front line of gender equality, diversity and inclusion efforts in its organisational culture

Stantec Inc. is an international professional services company in the design and consulting industry.

Originally called D. R. Stanley Associates, the company was involved in the construction of the Apollo – Saturn V Visitor Centre from 1961 to 1972, the creation of Anthony Henday Drive Southeast from 2003 to 2007, the Telus Spark Science Centre in 2011, and the Open Hearth Park in 2013. It is currently part of the ongoing expansion of the Panama Canal, the Keystone Pipeline and Keystone XL Expansion Project that started in 2005, as well as the development of the Blatchford Community, starting in 2010.

Stantec is a global leader in sustainable design and engineering. The company was included in Forbes' inaugural list of the World's Top Female-Friendly Companies in 2021, on which it ranked 164.

The list was developed by Forbes with the help of leading statistics and industry ranking provider Statista after surveying approximately 85,000 women around the world. The survey participants came from 40 countries and helped evaluate their companies on several criteria, including pay equity, parental leave, leadership, structure, and public engagement. Statista also requested the women to assess the companies' use of their platforms and marketing messages, such as whether they were used to promote gender equality or to perpetuate negative stereotypes.