Kellogg’s listens to consumers on sustainability 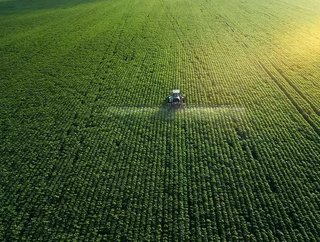 Aiming to encourage the company to approach industrial palm oil usage more sustainably, the petition was entitled ‘Kellogg’s: stop destroying rainforests for cheap palm oil’ and has so far attracted over 785,000 signatures.

Commenting to The Independent, the company stated, “Although Kellogg uses a very small amount of palm oil globally, we have been working since 2009 to improve its sustainability.”

“As a socially responsible company, Kellogg’s is committed to working with its global palm oil suppliers to source fully traceable palm oil that is produced in a manner that’s environmentally responsible, socially beneficial and economically viable, which includes helping to mitigate deforestation.”

Kellogg’s was placed 63rd on the WWF Palm Oil Buyers Scorecard for 2019, indicating a ‘middling’ commitment to change. Its newly invigorated approach to sustainable palm oil cultivation will undoubtedly increase its standing in future surveys.

Innovation for the industry

It was recently announced that Kellogg’s granola brand Bear Naked had managed to develop a 100% recyclable pouch after 18 months of R&D. The finished result - a rarity for contemporary granola packaging - was the result of large-scale collaboration between companies.

Amongst those who helped in the development were Dow and Berry Global. The resulting product was a polyethylene pouch which was compatible with Kellogg’s packaging equipment and produced an equal result to non-recyclable materials.

“This project is nice because it allows us to start looking at how we can incorporate this technology into other Kellogg brands that use similar packaging formats and what would it take for us to do this in a different brand,” said Shannon Moore, lead packaging engineer.

The company has also released information that it will stop using ‘glyphosate’ (a controversial chemical used in agriculture) for wheat and oat harvests by 2025.

This is part of Kellogg’s ongoing ‘Kellogg’s Origins’ programme, designed to help over 500,000 farmers worldwide adopt sustainable agricultural practices and make its sourced ingredients as eco-friendly as possible.