Nike: going green across the globe 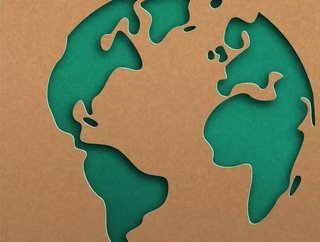 Nike Inc has made significant commitments to attaining 100% sustainable operations by utilising sources of renewable energy for its factories. Earlier...

Nike Inc has made significant commitments to attaining 100% sustainable operations by utilising sources of renewable energy for its factories.

Earlier this year, the American multinational announced its second collaboration with Avangrid Renewables to create an 86MW wind farm in Texas. The two company’s first project together - the 100.42MW Karankawa Wind Farm - was completed in December 2019.

“This agreement enables us to source 100% renewable energy across our owned or operated facilities in North America,” said Hannah Jones, VP of the Innovation Accelerator at Nike. “Investing in renewable energy is good for athletes, the planet and for business.”

However, the company’s ambitions aren’t just limited to the US. In February 2019, it was revealed that Nike had partnered with Iberdrola to begin sourcing 100% sustainable energy for its European operations.

Notably exceeding its previous commitment when it joined RE100 (a coalition of companies pledging to use 100% renewable energy by 2050), Nike’s global energy consumption is now accounted for from 75% sustainable sources.

“Delivering on our sustainability commitments, like working towards 100% renewable energy across our owned and operated facilities worldwide, is just one of the ways we protect the future of sport,” said Noel Kinder, Chief Sustainability Officer, in an article with ECOHZ.

Ørsted: Currently ranked at number one on Corporate Knights’ global 100 ‘most sustainable’ list, Ørsted has taken improving sustainability in its stride like no other company.

In a previous CSO Magazine article, we examined some of the impressive targets the company has achieved/is achieving:

Between now and 2025, the firm aims to cut its emissions by 98%, and it is exploring ways to counter the remaining 2% which, it says, falls within a variety of sources and proves more challenging to rectify. One of the ways it will cut emissions will be through ending its purchasing and leasing of fossil-fuel-based vehicles, with a view to a fully electrified fleet by 2025.

Chr. Hansen: Headquartered in Denmark, the company prides itself on being the most sustainable food ingredients company in the world.

In 2019, Chr. Hansen partnered with PensionDenmark to deliver an expansion of its R&D facilities in Hoersholm, including the hiring of an additional 250 scientific staff.

“With this investment, we will ensure room for growth an innovation gearing ourselves for the future, which looks promising for a company that offers natural and sustainable solutions to some of the world’s most important challenges, such as reducing food waste, feeding a growing world population and reducing the use of chemicals,” commented CFO Soeren Westh Lonning.

Neste Oyj: The Finland-based oil refinery has consistently ranked in the global 100 most sustainable countries for the last 14 years.

“Our company’s purpose is to create a healthier planet for our children, particularly through tackling climate crisis,” said Peter Vanacker, President and CEO.

“We will continue to offer our customers solutions to reduce their greenhouse gas emissions and tackle the global waste plastic challenge. In addition, we will work together with our partners to continuously improve the sustainability of our operations.”