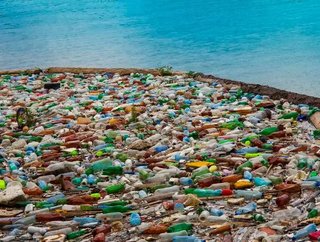 New technology designed by Dutch scientists allows plastic to be collected from the ocean as the device skims the water’s surface for detritus. Dutc...

New technology designed by Dutch scientists allows plastic to be collected from the ocean as the device skims the water’s surface for detritus.

Dutch scientists have designed a large-scale floating device that can skim the surface of the ocean to collect floating debris. The device was created to combat an island of rubbish in the Pacific Ocean that is three times the size of France.

The gargantuan island of plastic dubbed, the Great Pacific Garbage patch has formed on the east and western edges of the Pacific Ocean, as currents move vast patches of refuse together, approximately half way between Hawaii and California. As swirling currents meet and create a whirlpool effect, that refuse is deposited into large man-made islands to become the largest body of plastic in the world’s oceans.

The founder of the Ocean Cleanup project, Boyan Slat tweeted that the 600metre-long floating boom had captured debris from the Great Pacific Garbage patch along with a picture of the collected refuse, which included fishing nets, miniscule flecks of plastic and a whole car tyre.

Slat said in the tweet, “Our ocean cleanup system is now finally catching plastic, from one-ton ghost nets to tiny microplastics! Also, anyone missing a wheel?”

Ghost nets or ghost gear refers to abandoned fishing gear, which is a large contributing factor to oceanic pollution with between 600,00 to 800,000 metric tonnes of ghost gear making its way into our oceans each year. Another 8m tonnes of plastic waste enters the sea through beaches and coastline outlets.

The floating device has three metre skirt that hangs just below the surface ensuring that any refuse collected cannot easily slip beneath the device and escape but also makes sure that any creatures coming into contact with the clean up device will not get trapped by drifting nets.

The position of the device can be tracked by satellite through sensors that relay information to a vessel that will return every few weeks to collect recyclable material.

Speaking on the challenges prevalent in oceanic clean up Slat said, He said: “We are now catching plastics … After beginning this journey seven years ago, this first year of testing in the unforgivable environment of the high seas strongly indicates that our vision is attainable and that the beginning of our mission to rid the ocean of plastic garbage, which has accumulated for decades, is within our sights. We now have a self-contained system in the Great Pacific Garbage Patch that is using the natural forces of the ocean to passively catch and concentrate plastics … This now gives us sufficient confidence in the general concept to keep going on this project.”

The plastic collected so far will be brought back to shore in December to be recycled.