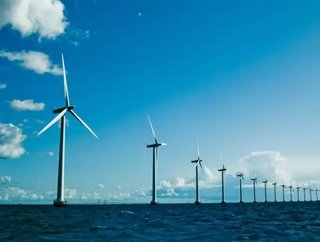 The oil and gas firm, Royal Dutch Shell, has partnered with the energy company Eneco and the maritime contractor Van Oord. The Dutch companies aim to b...

The oil and gas firm, Royal Dutch Shell, has partnered with the energy company Eneco and the maritime contractor Van Oord.

The Dutch companies aim to build two wind farms in the North Sea, 20km from the coast of the Hague, the Netherlands.

The two wind farms, dubbed Hollandse Kust (zuid) III and IV, will have a combined total capacity of 760MW.

“Offshore wind will play an important role in the future energy system of the Netherlands and we would be happy to grow our offshore wind portfolio in the country by building on the experience gained in Borssele III and IV and Egmond aan Zee windfarms.”

“Van Oord has been involved in the construction of all Dutch offshore windfarms so far,” commented Pieter van Oord, CEO of Van Oord.

“Thanks to years of experience and knowledge of our people, the deployment of our own innovative vessels and the valuable cooperation with partners, we succeed in staying ahead and thus efficiently building offshore projects in the future.”

Operations will begin on the project in 2023. The farms are expected to be able to power 1mn households.

“At Eneco, we are helping Dutch households and businesses switch to sustainable energy every day,” remarked Ruud Sondag, CEO Eneco.

“The construction and operation of these new wind farms in the North Sea ensures that many more people can benefit from clean electricity generated in the Netherlands. This is why we are participating in this tender.