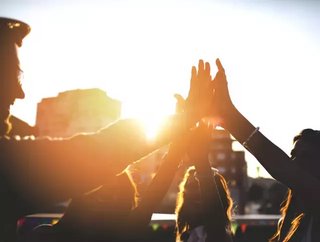 Nine years into the future, the world will be a faster, brighter place, with the pandemic a distant memory. Scientists predict that 3D printed organ transplants will be in use and driverless cars will be on the road - but still no word on if they will fly.

2030 is a critical year, another decade milestone in the race to stop the planet's temperature from rising, which would have a devastating impact on billions of people.

On Earth Day 2021, many international companies proclaimed people and planet positive goals for 2030, to do their bit in the race against climate change.

The company also plans to achieve a net-zero value chain by 2030 and will work towards the 1.5C-aligned science-based targets.

L’Oréal has launched a program called “L’Oréal for the Future”, which includes three specific commitments for 2030:

International insulators Kingspan identified the lack of action taken in the fight against climate change and have set some 2030 goals for themselves:

“Tackling climate change can't wait and neither can we,” said Mark Schneider, Nestlé CEO. “It is imperative to the long-term success of our business. We will work together with farmers, industry partners, governments, non-governmental organizations and our consumers to reduce our environmental footprint.”

The food giant aims to halve their emissions by 2030 and go on to achieve net-zero by 2050. Between those key dates, Nestle will investigate ways to offset remaining emissions.

Apple will become entirely carbon neutral across business and manufacturing by 2030 and its devices will be sold as "zero climate impact" items.

“We are firmly committed to helping our suppliers become carbon neutral by 2030 and are thrilled that companies who've joined us span industries and countries around the world, including Germany, China, the US, India, and France," says Lisa Jackson, Apple's vice president for Environment, Policy, and Social Initiatives.

Bank of America Corp. has dedicated $1tn to aid sustainability and low-carbon activities by 2030.

Back in 2007, the Bank of America created an environmental business initiative, where $200 billion has been spent on sustainable activities, ranging from asset-based lending, capital raising, bond underwriting and tax equity investments.

"There is no long-term future for cars with an internal combustion engine," said Henrik Geen.

After the UK set a ban on selling new diesel or petrol cars from 2030, Volvo encouraged The European Union to set a similar date.

Google made history as the first major company to reach carbon neutrality and becoming one of the biggest corporate buyers of renewable energy.

Honda plans to see complete electrification in Japan by 2030 and will follow up across the planet in the following years.

“My hope is to hear people saying, ‘We are glad Honda exists,’” said Toshihiro Mibe, President and Representative Director of Honda.