Year of the climate: the biggest environmental wins in 2021 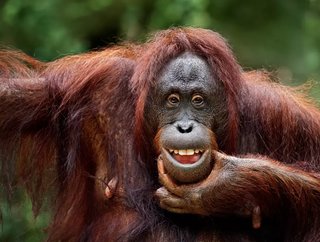 From carbon cutting court orders in the Netherlands to an Arctic oil spill fine, environment took over agendas worldwide as the climate change crisis bit

This year has started with new hope on all fronts for environmental causes, after major victories were won in the fight against climate change in 2021 and punctuated by Cop26.

Sustainability is firmly at the forefront of political and business agendas again and with more momentum following these milestones.

A court in the Netherlands found Shell liable for its role in climate change. This was the first time a major fossil fuel company was held accountable for damaging the climate. The oil giant was ordered to reduce its carbon emissions throughout its supply chain. Shell is one of the top 10 companies contributing to the worsening condition of climate change.

The verdict requires Shell to reduce its CO2 emissions by 45% by 2030 in the hopes that it will help limit global warming to 1.5°C. The case was brought to court by Friends of the Earth Netherlands (Milieudefensie) with the help of Greenpeace Netherlands, along with 17,384 other co-plaintiffs.

Calgary-based company TC Energy cancelled the problematic Keystone XL pipeline in June 2021. This a major but controversial (due to loss of potential jobs) victory for those resisting new fossil fuel infrastructure as alternative energies become more and more viable. The cause was championed by indigenous communities. Throughout the US and Canada, 21 fossil fuel projects have been prevented or delayed by indigenous peoples.

The Paris Administrative Court ruled in February 2021 that France was guilty of being inactive while the world was fighting against the climate crisis. The court ordered its government to further reduce its emissions.

The Gambian government issued a "Stop Notice" to Golden Lead, a Chinese Fishmeal plant located in the small south-western Gambian town of Gunjur, in April 2021. Fishmeal plants have been shown to be detrimental to fish stocks and the health of the population. In the case of Gambia, they deprive African fishing communities of their livelihoods.

New Zealand shuts down seabed mining before it happens

The government of New Zealand prevented a potential major seabed mining operation from taking place in the South Taranaki Bight on the west coast of Aotearoa after it revoked consent for TTR to mine the area in September 2021. The area is home to a healthy population of Pygmy blue whales, māui dolphins and blue penguins, as well as a massive coral reef system.

The Krasnoyarsk Arbitration Court ruled in February 2021 that Norilsk Nickel was to pay 146 billion rubles (nearly US$2 billion) for over 20,000 tonnes of diesel spillage from a storage tank owned by Norilsk Nickel into the water and soil near Norilsk that turned the Ambarnaya River red on May 29, 2020.

In January 2021, Mexico issued a presidential decree that banned genetically modified corn. The country also has set a target for glyphosate to be completely ruled out by 2024. The use of contaminants like GMOs and glyphosate has been putting Mexican agricultural biodiversity at risk.

Shell out of Cambo

Shell has announced that it was pulling out of the Cambo oil field project in the United Kingdom. The oil giant holds 30% equity in the development off the west coast of Shetland.