Across enterprises - especially large ones - the traditional silos between functions, departments, and teams are starting to be broken down. As organisations embrace more agile, cooperative ways of working, executive roles increasingly rely on the ability to cross-pollinate ideas, working hand in glove with other areas of the business.

For Hervé Suquet, VP of Orange’s Energy Group, this is more true than ever as he works to deliver a massive, group-wide reduction in the carrier’s carbon emissions and energy usage. Energy efficiency within Orange is measured in two ways: its cost effectiveness and its environmental impact. As a result, Suquet’s role sits at the intersection of finance and corporate social responsibility, as well as being firmly rooted in managing the energy consumption of Orange’s subsidiaries and their networks.

Successfully coordinating the entire Group’s energy consumption in order to draw down emissions and consume less power - even at a time when network traffic growth and 5G adoption are placing greater demand on telco networks - is not optional, Suquet explains.

“Our Engage 2025 strategic roadmap tackles several different objectives, several of which are tied to business results, but I don't want to talk about them,” he says. “What I am interested in is our green commitment. Our commitment is to reduce our CO2 emissions by 30% by 2025 compared to 2015, as well as reach 50% renewable energy usage across the whole Orange group. Our approach to energy is one of the key drivers towards meeting these goals across our entire organisation,” he says. Pulling off this daunting goal will rely not only on Suquet and the Energy Group, but on leveraging “the full range of available skills and labour from across the Orange group.”

If anyone can sit at the focal axis of this massive transversal undertaking, it’s Suquet. The laconic Frenchman is a 30 year veteran of both his country’s telecommunications sector and overseas markets.

Suquet’s career began at the start of the 1990s at France Telecom (the organisation which would later become Orange) where he installed fibre optic cable networks for the company’s enterprise customers. He followed that role up with a two year stint as the network’s Director of Cable TV, as well as several other roles throughout the organisation. His overseas experience began in 1996 with a five year period acting in executive roles for Orange subsidiary Sofrecom, overseeing its operations, customer care, and billings until 1998.

Suquet has held other jobs outside Orange over the years, including a two year spell as the Head of Solution Engagement for Nokia’s European Business Solutions division, as well as traveling extensively throughout the company’s various subsidiaries - from the Ivory Coast and Burkina Faso, to Morocco and Cameroon. Prior to taking on his current position, Suquet spent four years as the CTIO for Orange’s operations throughout the Middle East and Africa.

His current role as a coordinator may also require expertise in every facet of Orange’s diverse and expansive footprint, but Suquet has worked within so many sub elements of the Orange Group over the past three decades that there are very few elements of the business that remain a stranger to him. By leveraging his years of hard-earned expertise, Suquet is confident he can drive the substantial change necessary to bring Orange in line with its ambitious sustainability objectives on schedule.

“Orange is very much committed to taking the bold actions needed to avoid the dramatic effects of climate change,” he says. “This must be done, and the good news is that it can be done thanks to company transversal action - combining the efforts and expertise of finance, network, corporate social responsibility teams and more.” 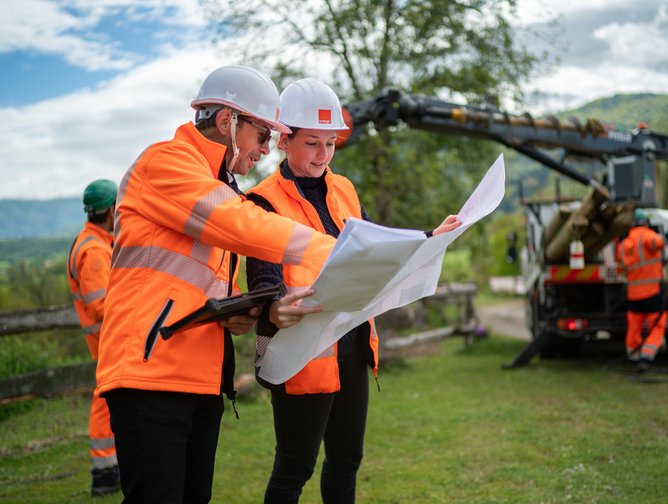