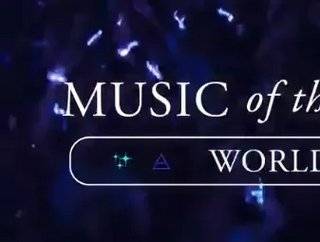 A Sky Full of CO2: Coldplay's Music of Spheres 2022 world tour will aim to be net-zero, from using bamboo stage equipment to partnering with Climeworks

Coldplay’s 2022 Music of the Spheres World Tour aims to have a net-zero carbon footprint, the band has said, which will include a partnership with Climeworks, a carbon capture and storage company.

Founded in 2009, Switzerland, Climeworks helps customers reverse climate change, through removing carbon dioxide from the air with their carbon capture machines. Once captured, the carbon dioxide is either stored safely and permanently away, or it is upcycled into products which require CO2.

The band Coldplay formed in 1996, London, and have released a range of hits, from floor-filling, feel-good tunes such as Viva la Vida and Sky Full of Stars, in addition to melancholic anthems like The Scientist and Fix You. The new Coldplay album, Music Of The Spheres, which includes a collaboration with BTS on Higher Power, was released today.

To lower their emissions, Coldplay and Climeworks have listened to The Scientists

In order to limit global warming to 1.5°C, the human population must mitigate its emissions and Coldplay has created a plan for more sustainable concerts:

“Playing live and finding connection with people is ultimately why we exist as a band”, Coldplay said in a statement. “We’ve been planning this tour for years, and we’re super excited to play songs from across our whole time together. At the same time, we’re very conscious that the planet is facing a climate crisis. So we’ve spent the last two years consulting with environmental experts to make this tour as sustainable as possible, and, just as importantly, to harness the tour’s potential to push things forward. We won’t get everything right, but we’re committed to doing everything we can and sharing what we learn. It’s a work in progress and we’re really grateful for the help we’ve had so far.”

“It is already proven that carbon removal at scale is a must on the current emissions pathway and technological solutions will be needed”, said Christoph Gebald, co-CEO and co-founder of Climeworks. “We are very inspired to see public figures like Coldplay seizing the magnitude of the challenge and acting boldly by working towards ambitious emissions reduction and removing the unavoidable part. Supporting them with our carbon dioxide removal service takes us one step closer to our vision of inspiring 1bn people to remove CO2 from the air.”

How it started: Coldplay decided to become more sustainable in 2019

Back in 2019, Coldplay were deeply moved by the news of people left homeless due to environmental catastrophe. Combined with a dislike for single-use plastic, the band were led to reconsider how they toured.

"We're taking time out of the next year or two to work out how our tour can be more sustainable", explained lead singer Chris Martin.

Tickets for World of Spheres are out now.