How tech can promote the 3 Rs: Recycle, Reduce and Reuse 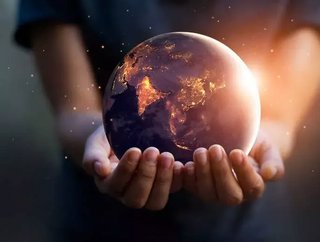 Cutting-edge embeddable technology is poised to revolutionise waste management, but what challenges and benefits can we expect from the next generation...

Cutting-edge embeddable technology is poised to revolutionise waste management, but what challenges and benefits can we expect from the next generation of RFID?

The last year or so has seen a massive increase in the number of committees, interest groups, governments, news outlets, and more, talking about waste in its many forms. While all of these conversations are vital in driving forward all of us to think about the impact we make on the world, it has led to some green-washing – implementation of changes that on the surface appear to be for the better but, on the whole, aren’t. For example, paper straws that aren’t recyclable and biodegradable cups that require segregated collection and specific environments to be composted.

Another type of green-washing is where companies focus their outbound environmental marketing on products that have a high recycled value, like PET and glass bottles, for example, whilst ignoring those pesky multilayer packages that are significantly more difficult to handle. And, of course, there are the unspoken areas of excessive packaging and the materials used in wholesale and supply chains. To focus solely on the packaging waste is also not to look at the complete picture. We need to consider that a lot of packaging covers food, and waste of that resource is estimated at one third of all food produced. This amounts to enough to feed all of the world’s hungry four times over.

The World Bank estimated in 2012 that, on average worldwide, we each generated 1.2kg of waste per day. Only 18% is being recycled, with almost half going to landfill, and the rest is litter. In the developed world, we generate twice as much waste per person.

In the case of food waste, the UK waste and recycling advisory body Wrap in 2015 estimated that, of the 7.3mn tonnes of household food thrown away, 4.4m tonnes was actually edible. This “avoidable” food waste also generates 19mn tonnes of greenhouse gases over its lifetime, equivalent to almost a quarter of the CO2 generated by UK cars per year. A second major cause of food waste is losses in the distribution and retail chain. For example, the Food and Agriculture Organisation estimates that approximately 4% of meat and 9% of fish are lost for reasons including being damaged in transport or thrown away by the retailer when unsold and out of date.

Studies into why we don’t recycle more offer some interesting insights, suggesting it’s partly down to the availability of the infrastructure in place to enable us to participate, be it at home or out and about, and partly due to a lack of the infrastructure’s ability to successfully sort and handle incoming waste, especially after China stopped importing nearly half the world’s recyclable waste last year. Finally, part of it is because we are all confused about what can and cannot be recycled, as it varies so much from place to place and from time to time.

One area which offers great potential to help reduce waste is RFID/NFC, the technology commonly known for contactless payments from modern cards or smartphones. A low-cost inlay embedded into packaging can be used not only for coupons, loyalty programmes and games, it can also be used to give consumers information about product usage, food storage directions, cooking instructions and safety. Coupled with sensors, it can be used to track the journey of the product through the supply chain and, by adding a bespoke machine learning processor, it could also be used to let you know the real state of the food in the package rather than relying on the (almost) arbitrary use-by printed date. Also, as each item can be uniquely identified and the consumer can be given location-specific information about recycling the packaging waste, improving the chances of recovery rather than landfill.

Integrating RFID technology with packaging could also be used to incentivise the consumer at home: a smart recycling bin could count the number of items that are placed into it and give the consumer credits for how much is collected. Promoting positive behaviour rather than the negative “Pay to Throw” schemes which propose to charge for the amount of unsegregated waste. When on the go, deposit return schemes could be implemented curb-side that could pre-sort the items based on their unique identifier, reducing the risk of cross contamination of plastics.

For supply and retail chains, early studies carried out by Avery Dennison have shown up to a 20% reduction in waste at a UK retailer using RFID, by ensuring that short sell by dates can be easily and quickly identified, and the products brought forward and sold well within those dates. If this improvement could be achieved across meat, fish and dairy in just Europe and North America, it could save 60,000 tonnes of plastic packaging and 3mn tonnes of food per year.

There is also the possibility that RFID could be used on black plastic food trays, commonly used for ready meals, which cannot be separated using the near infrared (NIR) sorting technique employed in municipal waste recycling centres today. If it could be used to identify this valuable source of plastic, a million tonnes of plastic could be saved from landfill per year in the UK alone.

These are exciting prospects, especially if scaled to multiple countries and packaging types; but will it come into fruition? The deployment of RFID/NFC technology has so far been restricted to brand engagement low volume marketing campaigns, due to the cost of the solutions. But now PragmatIC’s flexible integrated circuits (FlexICs) are poised to bring intelligence at a cost point orders of magnitude lower than possible with traditional silicon integrated circuits (ICs), making it feasible to integrate inlays into potentially trillions of consumer products.

Before we leave this topic, we need to review whether RFID/NFC makes packaging more difficult to recycle. The technology is added to packages via inlays – small additional labels that are usually placed under the graphic label we are all used to seeing - or attached to the box/bottle. Advances in adhesive technologies by the big label manufacturers, for example, from Avery Dennison and UPM Raflatac, have resulted in labels (and inlays) that cleanly float off during the recycling process so they can be separated from the valuable plastic bottles. If the glass is going through a crushing process, then the labels and inlays are burnt off when the glass cullet is melted. For cardboard packages, Smurfit Stone demonstrated that the inlays and labels could also be easily separated in the pulping process. The small amount of remaining substrate aluminium can be used in a similar way to the polyal waste from aseptic packaging.

In summary, the reducing cost of implementing RFID/NFC on everyday goods offers a great opportunity. As well as delivering clear, localised information about the recyclability of the packaging, it can be used to incentivise consumers to recycle more and reduce food waste both in the retail chain and at home. It could make serious inroads into achieving the EU’s challenging goals to reduce landfill to a maximum of 10% of municipal waste by 2030 and play a significant part in the war against waste.