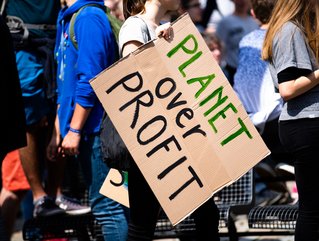 The third report of the Intergovernmental Panel on Climate Change, or IPCC, provides a comprehensive assessment of the need for urgent action to reduce greenhouse gas emissions.

As a lecturer at Yale, Wake Smith is known for his expertise in climate mitigation. His new book, Pandora's Toolbox, provides an accessible and comprehensive introduction to climate change's various risks and hopes. He also explores the technological tools and techniques to help us meet our goals.

In an interview with Yahoo News and The Hill, Smith discussed the third report of the IPCC, which stated that the target of 1.5-2°C is becoming increasingly unlikely. The report also noted that emissions reduction is ineffective and could lead to temperature anomalies reaching 3°C by the end of this century. Additional climate remedies are also needed to protect the world from the effects of climate change.

"We are currently in an era of irrational exuberance about climate, and to make wise investment decisions, executives need to be able to peer through the haze of giddy mid-century net-zero pronouncements to see the emissions pathway that is much more likely to obtain," Smith said.

Even climate-forward countries will be hard-pressed to reach net zero by mid-century due to the costs associated with achieving this goal. In France, for instance, the Gilet Jaunes program was rejected by voters.

Despite the various obstacles that climate scientists have pointed out, the world will continue to warm until the last remaining fossil fuel producers retire their emissions. According to the latest IPCC reports, the planet will likely reach the end of the century due to the increasing temperatures before it could reach net zero.

The rapid transition to net zero is likely to prove profitable for businesses, but it is also likely to cause severe economic disruption worldwide. As temperatures and sea levels rise, the effects of climate change are likely to severely affect different economies. However, it's important to plan for a slow and agonising transition.

Start by removing gases from the atmosphere

Climate change mitigation is reducing greenhouse gas emissions by implementing various activities designed to remove these emissions from the atmosphere. These include the transportation, agriculture, and industry sectors.

Although the Working Group III supports the IPCC's efforts to implement climate change mitigation, it does not advocate for specific strategies or actions. Instead, it focuses on long-term goals to help countries meet their climate policy objectives.

The Working Group III is composed of experts from various fields focused on addressing the various aspects of climate change mitigation. Aside from technical issues, it also focuses on the enabling environments, which are the factors that allow countries to implement measures. These include the availability of finance, the social acceptability of the measures, and the co-benefits of adaptation.