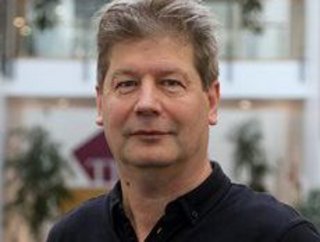 Professor Ian Thomson, Director of Lloyds Banking Group Centre for Responsible Business, on confusion about what net zero actually means is a barrier

In 2019, the UK Government promised to decarbonise the nation’s economy and become net zero by 2050 using the definition set out in the UN Paris Agreement, which also pledges to limit global warming to 1.5 degrees. But getting the UK across the net zero line is not a simple task. Political resistance and ever-moving goalposts have frustrated efforts by governments, academics and businesses working to mitigate the damage of the climate emergency and keep global warming to the agreed limit (as explored in the Keeping 1.5⁰C Alive Report from the University of Birmingham).

In recent weeks, climate campaigners have expressed concern that the UK’s climate goals will be pretty low on the agenda of the new Prime Minister, with polling showing that achieving the net zero target by 2050 is only a priority for 4% of Conservative members with climate change barely featuring in leadership hutsings. Part of the issue is that net zero can mean something completely different from conversation to conversation. So, what do we mean when we talk about net zero?

There are many different answers to this question, but to most net zero means balancing the greenhouse gasses we put into and remove from the atmosphere. The confusion comes in when we start to talk about the specifics of how we track, measure, and achieve this elusive goal. Much of the problem lies in not knowing where to start, especially for smaller businesses. It’s easier to measure and balance scope 1 and 2 emissions, the greenhouse gasses that the company creates directly and indirectly. But measuring scope 3 emissions is much more complicated. These emissions are associated with supply chains or the use of products before and after the direct involvement of the company. So how can a business accurately measure the emissions that it can’t see? Should they even be held responsible?

Problem with net zero definition is exclusion of Scope 3

A big problem with the popular definition of net zero is that it excludes historic and scope 3 emissions, such as those from any raw materials used, existing assets, investments, purchases of new technology, imported goods and international air travel. But alternative methods can be even less effective, because a wide range of protocols and standards used by businesses and regulators were designed for very specific purposes, making them unsuitable for wide use in net zero calculations. But many organisations do use them to inform decisions and falsely prove the impact of their net zero pledges. This woolly and unclear accounting of greenhouse gas emissions leads to bad decisions and misleading information, making it impossible to take the required action.

Net zero standards, such as DEFRA’s 2019 greenhouse gas reporting protocols or the Stock Exchange listing requirements are incomplete. In order to define net zero, full-scope carbon accounting methods, like the UN’s Greenhouse Gas Protocol or Science-Based Targets, are far more likely to be fit for purpose and provide accurate evidence to support net zero outcomes. But these protocols will need to be updated regularly to ensure that they are in step with the latest climate change science.

This confusion with reporting standards is leading to many businesses taking no action at all. A recent survey, commissioned by the Lloyd’s Banking Group Centre for Responsible Business at The University of Birmingham Business School and carried out by YouGov, revealed a divide between what British adults expect businesses to be doing towards the goal of net zero, and the actions that businesses are taking. For example, a staggering 50% of senior business decision-makers surveyed said that they have no net zero strategy, yet 74% of consumer respondents think they should have one. And for those businesses that do have a net zero plan, carbon offsetting seemed to be the most popular way to combat emissions (15%). This can often be seen as the ‘easier’ way out – planting trees or taking part in offsetting schemes is simpler than eliminating or reducing carbon emissions at source, produced by or because of the business (scope 1, 2 or 3). However, this ‘burn it now and pay later’ approach doesn’t prevent emissions from being released into the atmosphere and warming the planet in the first place. And some scientists are now arguing that net zero isn’t enough, companies must now become carbon negative and remove more carbon from the atmosphere than they release.

Business has to change and adapt to reach net zero targets

The public is keen for businesses to think more sustainably and responsibly about their purpose and impact on society and the environment. 42% of British adults say businesses should balance profit with social and environmental justice and a further 25% say a business’ purpose should be to make a positive impact on society. And to do this, the public believes they should work with external experts – 58% of people surveyed said that businesses should engage with external people/sectors like scientists, government agencies etc. to make complex changes/decisions; but 41% of senior business decision-makers said they don’t collaborate with any external people when solving complicated or ongoing problems.

Business has to change and adapt if we are to reach net zero targets: it holds the key to a more sustainable future, but it needs a clear way forward to measure and define its emissions and progress. Standardised and effective ways of measuring greenhouse gas emissions are vital to combatting climate change. Until everyone – the public, businesses governments and scientists alike – are all aligned and working towards the same goal, many net zero or even carbon negative targets will remain ineffective, prolonging the confusion and timeline of when we can expect to limit the damage of climate change. The government has promised it, the public expects it, the planet needs it, and business has to act on it.

All figures, unless otherwise stated, are from YouGov Plc.  Total sample size was 1104 senior business decision-makers and 2233 GB adults (18+). Fieldwork was undertaken between 23rd February – 10th March 2022. The survey was carried out online. The figures have been weighted and are representative of business size and GB adults (aged 18+) respectively.