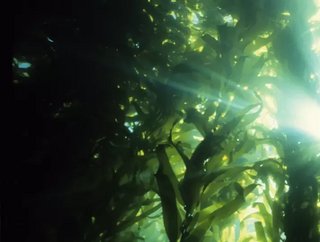 Seaweed, or algae, can help the world solve its CO2 emissions problem, but carbon capture bring its own ecological imbalances and environmental risks

Underwater algae, or seaweed, forests are one of the most productive systems in the ocean. They have high biodiversity and serve as a source of food and protection for various species of marine life as well as birds. It is a cornerstone of marine life.

Seaweed has also earned recognition for its carbon absorbing properties and given the scale these underwater forests can take on, its potential for counteracting emissions by capturing and storing carbon (carbon sequestration) is major. On top of that, seaweed can be crucial to regenerating marine ecosystems and be processed into biofuel and plastic alternatives.

An overabundance of seaweed poses the imminent risk to the biosphere by preventing sunlight from providing nutrients for other marine creatures, potentially disrupting the ocean food chain.

There is also the question of processing seaweed that has fulfilled its duty, capturing CO2 as blue carbon without releasing the gas back into the atmosphere. The decomposition of process can also decrease oxygen levels in the water - killing other sea life.

The US National Oceanic and Atmospheric Administration monitors algae-related projects in four sanctuaries through ongoing surveys, physical oceanic conditions, and associated biota. The results are expected to provide a more thorough understanding of natural and anthropogenic impacts on seaweed cultivation.

As global seaweed production has doubled alongside growing demand, tackling the surplus is a challenge that has gone unanswered for a long time. Surplus seaweed that is not suitable for human consumption can be processed into blue carbon by-products, like animal feed or fuel. Take Kelp Blue, for instance. The Namibia-based company develops agri-foods, fertilisers, and blue carbon offsets from its large-scale Giant Kelp forests.

This comes with an extra advantage as researchers also find that adding a small number of certain seaweed species to cattle feed can potentially reduce methane production from beef cattle by up to 99%.

By properly recognising and handling the risks, the benefits of major seaweed cultivation are still enormous and diverse.

Seaweed farming dates back centuries in Asia, with China contributing 60% of global volume,  making it the world's biggest producer. Despite the widespread belief that rainforests are humanity's best weapon against emissions, researchers have discovered that seaweed is the most effective natural way of absorbing carbon emissions from the atmosphere that requires very little maintenance. Algae grows fast without the need for freshwater or fertiliser.

It can also offer job opportunities to the coastal area, which has been done in several developing countries, such as Indonesia. The capital and operating costs to farm them are low, and the required farming techniques are relatively straightforward.

After the first peer-reviewed paper analysing seaweed as a climate change solution was published in 2014, seaweed has also gained in popularity as a diet food, with spirulina dubbed a superfood for astronauts.

Understanding how to manage seaweed properly now will mean it can fulfil its potential for securing the future. Seaweed can provide enough protein for the entire world’s population, so we will have to learn how to make sure governments and businesses can depend on it safely, without provoking environmental and societal issues later, that we can avoid by planning properly now. .