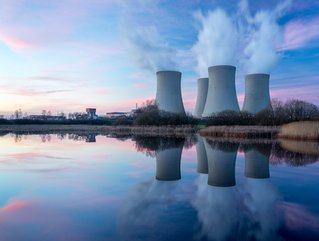 In the 1990s nuclear power supplied 18% of the world’s electricity; today, it provides 10%. This significant reduction is mainly the result of arising concerns about the safety of nuclear power plant reactors – although some countries, like China and India, have continued to expand their nuclear capacities.

Now, however, the climate crisis and rising fuel prices have forced governments across the world to reconsider the environmental and financial benefits of nuclear energy.

The UK government, for instance, is aiming to boost the use of nuclear power from 16% of electricity generated in 2020 to 25% by 2050. France, which generates 70% of its electricity via nuclear power, has also announced plans to build six large nuclear reactors on top of its 56 existing ones.

Here, we consider how ongoing fears of geopolitical conflict and climate change are influencing this reconsideration of nuclear power as part of the solution for sustainable energy.

This re-evaluation of nuclear energy as a renewable source will likely help governments and businesses achieve their net zero goals much faster than otherwise. However, some EU countries are urging caution against building new nuclear power plants using Russian-designed reactors.

As well as not wanting to depend on Russian manufacturers for reactor components and maintenance services at such an unstable time, European countries are eager to break away from Russia in their mission to create a more resilient energy supply chain.

With armed conflict now also taking place in close proximity to Zaporizhzya nuclear power plant, there’s also a revival of fears about the possibility of a nuclear disaster – especially so close to the site of Chernobyl. Experts have, however, informed the public that the chances of this happening are very low.

Contrastingly, the current shortage of oil and gas has also inevitably accelerated the search for renewable energy sources. While Germany previously released plans to shut down all of its remaining power plants to appease environmental activists, the government is now being forced to reconsider nuclear energy as an option. The country currently imports 49% of its gas from Russia.

Recent gas shortages had a severe effect in cities across Germany, where sky-high electricity bills and strict gas rationing has impacted everyday living. The fear of the situation worsening has caused a shift in public attitudes to nuclear energy across Europe, which currently makes up 6% of Germany’s domestic energy production, for the sake of giving more security to peoples’ financial and living conditions.

According to Adam Whitely, Head of Global Credit at Insight Investment, these emerging opportunities in the European chemical sector are providing exciting prospects in the energy industry for patient investors.

The International Atomic Energy Agency (IAEA) recently announced plans for a new Coordinated Research Project (CRP) exploring how nuclear cogeneration could play a role in global plans to tackle climate change. This integration of systems to produce hydrogen and heat, as well as electricity, has proven an effective energy option in the past.

International debates continue as to whether nuclear energy is an option to replace natural gas, when 28 of 34 countries in Europe typically consume much more of the latter. According to Bill Gates, in his book ‘How To Avoid A Climate Disaster’, nuclear reactors provide much more energy than traditional renewables and are therefore a critical option to reduce the global dependence on gas and coal-fired power plants.

“This CRP can contribute to the further development of nuclear cogeneration, and eventually to more versatile and sustainable nuclear energy systems, while also supporting climate goals,” added Ganda.

Alternatively, Professor Roger Pielke Jr. suggested that up to 150 new power plants will need to be built for the shift to nuclear energy to be fully effective. That’s a lot of time and manufacturing power, never mind the expensive cost, whereas wind and solar energy options are becoming increasingly cheaper.

By 2050 the transition to clean energy is expected to have acquired hundreds of trillions of US$ in investment, if the target of net zero emissions is to be reached. This means there will be major international investment in clean energy, including nuclear power alongside wind and solar. It’s likely that oil and natural gas will continue to fuel our world for generations to come, but hopefully increased time and monetary investments into new technologies will ultimately boost the development of a completely sustainable energy supply chain.

Environmental groups will undoubtedly continue to raise concerns about the risk of nuclear power plants. However, amidst current geopolitical, financial and environmental concerns, it could soon be the reality that the world is forced to accept nuclear power as the lesser of many evils in the shift towards renewable energy.