Renewable energy and the future of biofuel 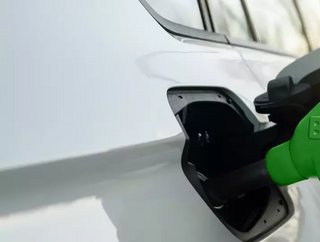 Using waste products as an energy source may be integral to combating climate change. Andrew Carridge, of Reddie & Grose, explores the future of biofuels

The world’s addiction to fossil fuels in transport – and what countries could and should do to switch to greener alternatives – is one of the key issues dominating COP26.

Andrew Carridge, Partner of Reddie & Grose - a firm of UK and European Patent, Trade Mark and Design attorneys, discusses how transport is now the world’s single biggest source of greenhouse gas emissions and why reducing the sector’s contribution to climate change will be a key requirement for countries to scale up emissions plans The first long-haul flight powered by biofuels took off on 18th May 2021. An Air France-KLM flight from Paris to Montreal used a mix of conventional jet fuel and a sustainable aviation fuel (SAF) made from used cooking oils. The UK Government also announced this year that it will mandate the introduction of E10 fuel (petrol containing up to 10% of sustainable bioethanol) from September.

Although this is a step in the right direction, there is more that can be done. According to the International Energy Agency (IEA), transport biofuel production expanded 6% year-on-year in 2019, and 3% annual production growth is expected up to 2024. However, this falls short of the sustained 10% output growth per year needed until 2030 to align with the IEA’s Sustainable Development Scenario (SDS).

The SDS outlines a major transformation of the global energy system, showing how the world can change course to achieve universal access to energy, reduce the severe health impacts of air pollution and to tackle climate change. In addition to policy support, the IEA highlights the need for innovation to reduce costs in order to scale up both advanced biofuel consumption and the adoption of biofuels.

First generation biofuels are derived from food crops. Sugar or starch derived from feedstock such as corn, sugar cane and soybeans can be converted to bioethanol using yeast fermentation. Oils, such as virgin vegetable oils, can undergo transesterification to produce biodiesel.

First generation biofuels are certainly useful, and represent the majority of biofuels available today, but their use can threaten food supplies and biodiversity. Second generation biofuels, on the other hand, utilise feedstocks that are generally not food crops or are not suitable for human consumption. This can include:

Common second generation feedstocks may produce more biomass per unit area, because the entire crop is available as feedstock for conversion to fuel, and may be able to grow on land that is not suitable for food crops.

Use of second generation feedstocks to produce bioethanol involves two steps: the cellulose and hemicellulose components of the biomass are ﬁrst broken down into sugars; and the sugars are then fermented to obtain ethanol. The ﬁrst step is technically challenging, with research focussing on developing efﬁcient and cost effective ways of carrying out the process. Up to now, the lack of commercial viability has limited the uptake of cellulose-based second generation biofuels.

In the context of biofuels for transportation, current research is also focussing on ‘drop-in’ biofuels. In simple terms, drop-in fuels are alternatives to existing liquid fuels without any significant modification in engines and infrastructures.

In contrast to bioethanol and biodiesel, drop-in biofuels are fuels that are functionally equivalent to petroleum fuels that have the potential to replace fossil petrol to reduce high amounts of greenhouse gas emissions from conventional petrol cars, without investing into new vehicles or modifying the old ones.

In May 2021, Neste reported that they are in the final phase of testing a drop-in biofuel that they hope will be suitable for commercial use in existing petrol and hybrid cars. Drop-in fuels can be produced from oleochemical feedstocks such as vegetable oils and used cooking oils.

They can also utilise thermochemical technologies such as gasification, pyrolysis or hydrothermal liquefaction based on lignocellulosic feedstocks. Third generation biofuels refer to those derived from algae. Microalgal biomass is versatile and can be used to produce bioethanol, by fermentation and biodiesel by transesterification.

Algal fuels have very high yields and can be grown almost anywhere temperatures are warm enough. Algae can even be grown in waste water, so they can provide additional advantages by helping to process waste while avoiding taking up any additional land. Algae could also potentially utilise waste carbon dioxide in their cultivation.

Although algae can be grown in open water, in order to optimise yield and control, research into third generation biofuels has at least partly focussed on closed systems such as photobioreactors.

However, photobioreactors remain an active area of research in order to make them more cost-effective and scalable.

The future for biofuels in transport

In 2020, the UK government announced the end of the sale of new petrol and diesel cars in the UK by 2030. So, do biofuels have a part to play in future transport? It would appear so. Biofuels may be particularly suited to sectors such as long distance trucking, shipping and aviation where electrification is not yet a suitable option.

Bioenergy for electricity and heat

According to the IEA, bioenergy accounts for about 10% of the world’s total primary energy supply today. Its contribution to final energy demand across all sectors is five times higher than wind and solar combined. In 2019, bioenergy electricity generation increased by over 5%, but the heating sector remains the largest source.

Unlike biofuels for transport, biofuels for electricity and heat production are not limited to liquids. The Drax Power Station in North Yorkshire (UK) has been converting its coal-fired boilers to use biomass. The station uses a range of biomass feedstocks including wood pellets, sunflower pellets, olive, peanut shell husk and rape meal.

The station also uses BECCS technology (“Bioenergy with carbon capture and storage”) to make sure that no carbon is released into the atmosphere from its biomass boilers. It is apparent that biofuels are an essential component of our future energy supply and in the reduction of greenhouse gas emissions. More innovation is key to unlocking the true potential of biofuels, particularly for transport, to scale-up and improve cost-effectiveness.

Biofuels are promising in many ways, not least because they rely on biomass resources that are more evenly distributed around the world, and because there is the potential to use waste products as raw materials.

Biofuels are an important part of the shifting energy landscape in the quest for net zero, but in a competitive space driven largely by the costs, innovation must focus on improving efficiency and cost-effectiveness. Protecting intellectual property for innovation in biofuels will help to secure investment to further develop and optimise technological advancements to ensure they remain part of the solution.
As LanzaTech has demonstrated, having a strong intellectual property position can provide opportunities for revenue generation through licensing. LanzaTech’s proprietary gas fermentation process can use industrial waste gases that can, in turn, be used to produce a range of useful products such as plastics, synthetic fibres and fuels. LanzaTech’s partners can licence LanzaTech’s intellectual property for use in their processing and supply chain. For instance, LanzaTech’s carbon recycling technology can be retrofitted onto an industrial gas emission source.