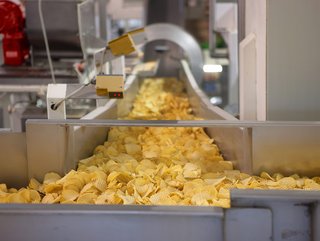 PepsiCo UK, Walkers parent company, is introducing cardboard boxes for its multi-packs of crisps in a bid to remove tonnes of plastic from its supply chain

PepsiCo UK has recently announced a £14mn investment in new sustainable food packaging innovations that will remove 250 tonnes of virgin plastic from its supply chain annually.

The outer plastic packaging on millions of Walkers 22 and 24 bag multipacks will be replaced with a new cardboard design which reduces the amount of virgin plastic the company uses.

“We are constantly exploring new scalable solutions and this investment marks an important step forward, delivering a huge reduction in virgin plastic across some of our best-selling ranges, while also helping to tackle our carbon footprint,” says Simon Devaney, Sustainable Packaging Director, PepsiCo UK & Ireland.

“Reducing virgin plastic across our supply chain is a key part of our commitment to creating a world where packaging never becomes waste.”

After a successful trial with Tesco, the new and improved multipack outer packaging will be on-shelves in all major supermarkets in the UK in the coming weeks.

Saving 250 tonnes of plastic from the supply chain

Alongside the new packaging design, PepsiCo has also invested in a new stretch film to wrap around its pallets before these are distributed to retailers.

This new film is produced using nanotechnology which puts tiny air bubbles into the film to reduce the amount of plastic used, while retaining the same strength and stretch needed to protect the crisps as they travel to stores across the country.

According to the company, the use of this new technology will lead to a 40% reduction in virgin plastic year on year, compared to the previous film. Reducing the amount of fossil-fuel based virgin plastic in the shrink wrap will also reduce the company’s annual carbon emissions by 465 tonnes.

The investment marks a major step towards PepsiCo’s goal of eliminating virgin fossil-based plastic from its crisp and snack bags across Europe by 2030.

In the UK, the company is also planning to trial new solutions, including packaging made from recycled plastic for its snack bags. This all forms part of PepsiCo Positive, the company’s health and sustainability transformation plan, which includes an ambition of reaching net zero emissions by 2040.