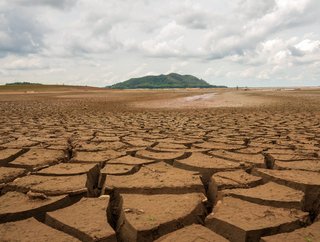 As the world heats up, the disparity between the wealthy and the impoverished grows in intensity. This year at COP27, the issue has come to the fore

In the litany of climate change stories we face about natural disasters and melting ice caps, one oft-forgotten angle is the social disparity aspect: while the majority of greenhouse emissions comes from a small group of wealthy nations, the physical effects of climate change are disproportionately felt by a much larger number of impoverished nations with (invariably) a far smaller carbon footprint.

Numbers bear this out. A coterie of just 23 wealthy countries – including the US, Canada, much of western Europe and Japan – accounts for just 12% of the global population yet has managed to be responsible for 50% of the greenhouse gases emitted into the atmosphere. No fewer than 150 countries account for the other half of emissions.

Moreover, it is these impoverished nations bearing the brunt of the adverse effects of climate change. This is most explicit on two fronts. First, when a natural disaster happens, poorer nations are less equipped in terms of funds and infrastructure to address the crisis. Secondly, it is the Global South – that term denoting the less-developed countries making up the majority of nations – which, thanks to geography, must deal with greater extremes in changing weather patterns.

In an effort to address this disparity, for years now these poorer countries have called on the wealthier ones to pay what, in effect, amounts to compensative damages for losses. Rich nations have heeded these requests with lip service. At the United Nations Climate Summit in Copenhagen in 2009 (COP15), this exalted community promised to be giving $100bn a year to the less fortunate. This was a promise quietly broken. Last year, at COP26 in Glasgow, host country Scotland was the only wealthy nation to commit to addressing this climate change disparity. How much did it offer? A paltry $2.2m.

It seems at this year’s COP27 in Egypt, the tide may finally be turning. For one, representatives of these poorer countries are becoming more assertive in their calls for compensation. The African Union has noted the “special needs and special circumstances” that mark the continent’s battle with climate change, while Malawi President Lazarus Chakwera brought attention to a “clear difference in culpability and capacity… [to] deliver climate justice for the most vulnerable nations.” The issue has become a key part of the COP27 platform.

Wealthier nations are finally beginning to heed the call. Scotland has pledged a further $5.7m; Ireland has pledged $10m; Austria, $50m. Ursula von der Leyen, the President of the European Commission, announced, “It is high time we put this on the agenda.”

The emerging pattern, though, seems to be that, while the Europeans are stepping up, the world’s biggest polluter, the United States, is still refusing. President Emmanuel Macron of France noted that, “Pressure must be put on rich non-European countries, telling them, ‘You have to pay your fair share.’”

The United States, while indicating it would be open to discussion on the matter, has made no commitments. No doubt, it is wary that the issue would lead to a Pandora’s box of reparations that might cover the gamut of its polluting, industrialised history.