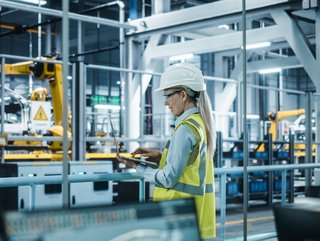 To help the reduce greenhouse gas emissions and improve production, Ecolab and Siemens have launched a new solution

In order to help customers accelerate their progress towards sustainability, Ecolab, a leader in water, hygiene and infection prevention solutions and services, and Siemens have created Climate Intelligence.

Powered by ECOLAB3D and Siemens gPROMS, the new solution will allow customers to virtually model different scenarios across their water and energy systems to identify opportunities to conserve water and power while also lowering their greenhouse gas emissions.

“Water carries a significant amount of production plant energy—typically 33% up to 75%—so the opportunity to reduce emissions through more efficient operations is critical. As climate and energy challenges unfold around the world, there’s never been a greater need to conserve energy. Ecolab’s and Siemens’ combined expertise in Climate Intelligence can be a path for customers to meet their demanding cost, energy and sustainability goals,” said Darrell Brown, President and Chief Operating Officer for Ecolab.

According to the two companies, early trials of Climate Intelligence have demonstrated 'significant' results. In one example with a Latin American refinery, Siemens and Ecolab’s Nalco Water business worked to help reduce the carbon footprint associated with each barrel of product produced. Climate Intelligence helped the refinery identify opportunities to maintain or increase production while reducing water use by up to 1,000,000 cubic meters and CO2 emissions by up to 38,000 metric tons annually.

Climate Intelligence is a part of Ecolab’s and Siemens’ overall strategies to help businesses around the world accelerate progress toward ambitious climate goals.

“Siemens is excited to be partnering with Ecolab on this major initiative to make sustainability more accessible and affordable across the entire spectrum of the process industries,” said Costas Pantelides, CEO of Siemens Process Systems Engineering, a Siemens Digital Industries business.

“Using high-fidelity process models coupled with real-time plant data, our technology has been proven to reduce annual CO2 emissions by tens of thousands of tonnes for a typical plant while achieving significant savings in energy costs with no additional capital expenditure. Combining this advanced capability with Ecolab’s substantial presence within the process industry worldwide, we aim to make a major contribution towards the industry’s global sustainability goals,” he added.