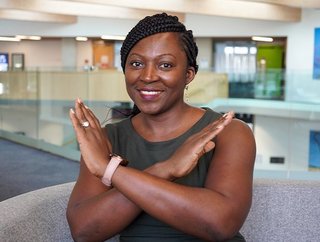 Dr Abby Efua Hilson is a Senior Lecturer in Accounting at Kent Business School. Her research covers the accounting implications of the environmental and social impacts of various industries, including detailed projects on the oil, gas and mining industries in developing economies and work to support female gemstone miners in Africa.

Hilson makes it her mission to demonstrate to students that all businesses are consumers of the natural environment and that consumption should be captured in the very same way in which other values are noted and accounted for.

Hilson says that, while some see ESG as a critical component of overall corporate strategy, as a key to facilitating value creation long-term, others see it as little more than “window dressing”. She puts this down to a lack of consensus on the role and impact of ESG, giving rise to this dichotomy of perception on its applicability to, and utility in, business. Hilson adds that, in addition to the myriad political approaches to ESG, there is a lack of skilled human resources capable of operationalising it in business.

“Ideally, legislation should precede and guide corporate approaches to ESG. However, global legislation on ESG that extends beyond carbon capture and worker safety is lacking. For small businesses, short-term financial pressures and a lack of a clear long-term strategy means that ESG is often pursued ad hoc and is de-prioritised vis-a-vis other business priorities. Yet, investor appetite in, and demand for, ESG continues to grow, as issues such as employee diversity, climate change and executive compensation become increasingly important corporate concerns.”

Hilson isn’t alone in thinking that the recent economic downturn could hamper sustainability efforts. A recent Gartner Survey of 128 CFOs and CEOs identified the most selected areas that will likely be cut first in the face of continued economic disruption: with 39% of the vote share, investments for improved sustainability and reduced environmental impact was identified as the second most likely area to face cuts, after mergers and acquisitions.

“Cuts to M&A are an obvious choice after record activity in 2021 and with rising interest rates significantly increasing the cost of financing such deals,” says Randeep Rathindran, Vice President of Research in the Gartner Finance practice. “It’s more surprising to see sustainability so close to the chopping block, because CEOs rated it as a top strategic priority for the first time in 2022, and ESG disclosures are increasingly becoming enshrined in legislation.”

Meanwhile, 46% of CEOs and CFOs said spending on workforce and talent development would be the last area to cut, and 45% of respondents said they would cut digital investments last. Technology investments are also the least likely to be cut first, with just 23% of respondents placing it in their top two.

“Perhaps the biggest barrier to strengthening corporate approaches to ESG is the lack of education on how to operationalise it in different contexts,” says Hilson, adding that such education is required from the board level through to the operational level of businesses.

Hilson says that, currently, most ESG-certification programmes are skewed toward investing and reporting. “There is an urgent need for businesses, academics and civil society, therefore, to forge partnerships with the goal of conceiving strategic blueprints for operationalising ESG.” According to Hilson, this begins with formulating guidelines which can be aligned with country/community/public sector level social and environmental initiatives.

“The most successful ESG strategies implemented to date are those which have been woven into the Balance Scorecards of organisations, and which speak directly to their corporate priorities, position businesses to anticipate future risks and opportunities effectively, and which go beyond state/country legislation and priorities.”

Speaking at BizClik Media Group’s SUSTAINABILITY LIVE LONDON event in February this year, Clark told both the live and virtual audiences of education’s importance in helping embed sustainability practices into the worlds of commerce and industry.

Clark said that he senses “an increased sense of panic” among executives, as the pressure mounts for organisations to meet 2050 net-zero targets. “There's increased scrutiny and a need for increased transparency,” he said. “And then there’s Scope 3 emissions.”

Science-based sustainability standards are helping, according to Clark, because they bring clarity and consistency. This has seen “alignment across the value chain, from raw materials to consumers”.

But he also said that serious challenges remain around educating organisations to change behaviours and mindsets, with part of the problem for sustainability professionals being the sheer scale of the job.

“If you're a sustainability professional, you're dealing with climate change, biodiversity, water use, land use, and other things besides. The sheer number of initiatives can be mind-boggling.”

He feels that the most effective way for the world to move forward on sustainability is for organisations to unite on important sustainability goals and, by sheer weight of numbers, help educate the wider commercial world around best practices.

Why working together works

Clark gave the Ellen MacArthur Foundation as an example, an organisation founded by the round-the-world yachtswoman Ellen MacArthur to promote circular-economy initiatives. In collaboration with the UN Environment Programme, the foundation created the Global Commitment programme, which has united an estimated 500 organisations behind the common goal of creating a circular economy for plastics. Amcor is among those who have signed up to this.

Clark said: “Back in 2018, a small number of companies – including Amcor – got together because we knew plastics recycling doesn't work. Many of the products we're designing are not recyclable. This is because they’re designed to perform well, and end-of-life was never part of the design criteria.

“We felt we needed to send a clear signal to the wider packaging world that we are committed to designing our packaging to be either recyclable, reusable or compostable by 2025. We also pledged that we're going to work together to increase the amount of material that can be collected. So, at the beginning of 2018, this was a pledge that was made by a small number of companies.

“Companies signed up to the Global Commitment account for more than 20% of the world’s plastic packaging, so we've created a similar level of alignment that we're seeing with science-based targets around packaging.”

He added: “The notion of collaboration and education that has been changing behaviours around climate change is also now happening around plastics and packaging waste, and this is leading to more investment in the infrastructure we need to make this happen.”

Educating the next generation of leaders

For a corporation grappling with how to operationalise ESG, the priority should be building in the needs of – and extending education opportunities to – the communities that its operations impact. “A workforce that understands and buys into an organisation’s ESG strategy is likely to pass on knowledge to their families,” says Hilson.

Aligning ESG strategies with public sector initiatives may create economic opportunities for businesses, with the lessons learned providing invaluable material for teaching in schools. “By working directly with academics, businesses may create further opportunities for up-and-coming graduates to accumulate practical knowledge on ESG, which can then be applied beyond their university education.”