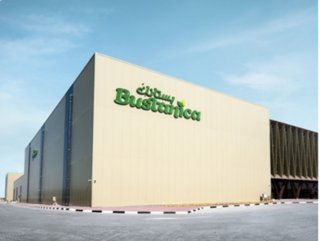 Backed by an investment of US$40m, the world’s largest hydroponic farm, Bustanica, has opened near Al Maktoum International Airport at Dubai World Central. The facility is the first vertical farm for Emirates Crop One, a joint venture between Emirates Flight Catering (EKFC), one of the world’s largest catering operations serving more than 100 airlines, and Crop One, an industry leader in technology-driven indoor vertical farming.

Commenting on the farm becoming operational, HH Sheikh Ahmed bin Saeed Al Maktoum, Chairman and Chief Executive, Emirates Airline and Group said: “Long-term food security and self-sufficiency are vital to the economic growth of any country, and the UAE is no exception. We’ve specific challenges in our region, given the limitations around arable land and climate. Bustanica ushers in a new era of innovation and investments, which are important steps for sustainable growth and align with our country’s well-defined food and water security strategies.

Supporting the UAE’s National Food Strategy 2051 agenda, the 330,000sqft facility is set up to produce more than 1,000,000 kilograms of produce that are free of pesticides, herbicides and chemicals annually.

The farm’s closed-loop system is designed to circulate water through the plants to maximise water usage and efficiency. When the water evaporates, it is recovered and recycled into the system, saving 250m litres of water every year compared to traditional outdoor farming for the same output, which means it also supports the UAE’s Water Security Strategy 2036 agenda.​​​​​​​ 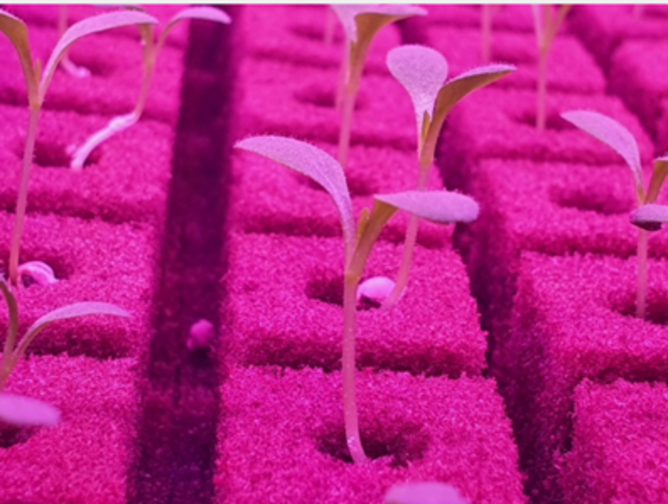 The team has agronomy experts, engineers, horticulturists, plant biologists and scientists. Supported by digital controls, the teams monitor the plants’ growing conditions, collecting data and testing samples to improve the yield and knowledge of the plant growth cycle. 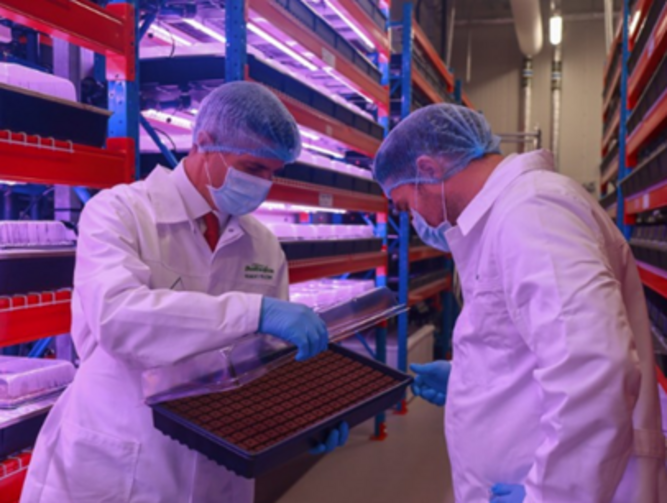 Passengers on Emirates and other airlines will be able to enjoy the vegetables on board their flights from July. UAE consumers will soon be able to purchase the farm’s produce from their nearest supermarket. Bustanica also plans to expand into the production and sale of fruits and vegetables.

Craig Ratajczyk, Chief Executive Officer, Crop One said: “After significant planning and construction, and navigating the unforeseen challenges of the pandemic, we’re thrilled to celebrate this tremendous milestone alongside our joint venture partner, Emirates Flight Catering. It’s our mission to cultivate a sustainable future to meet global demand for fresh, local food, and this first large format farm is the manifestation of that commitment. This new facility serves as a model for what’s possible around the globe.” 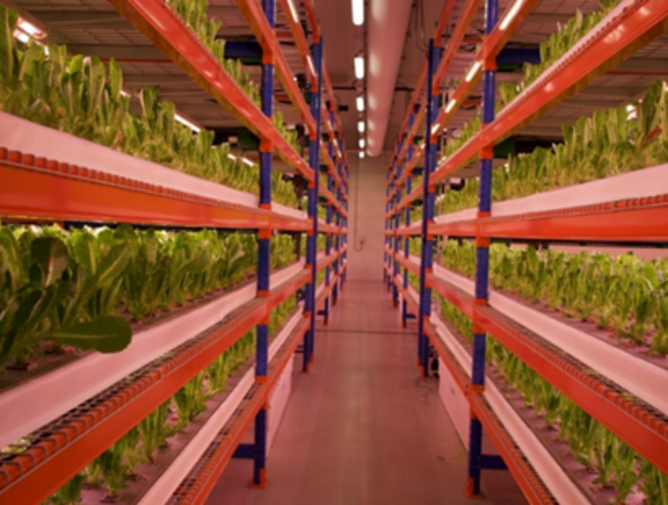 Emirates Flight Catering is one of the world’s largest catering operations. Offering airline, events and VIP catering as well as ancillary services including laundry, food production and airport lounge food & beverage, EKFC is a trusted partner for over 100 airline customers, hospitality groups and UAE government entities. Each day, the company’s 11,000 dedicated employees prepare an average of 200,000 meals and handle 210 tonnes of laundry.

About Crop One Holding 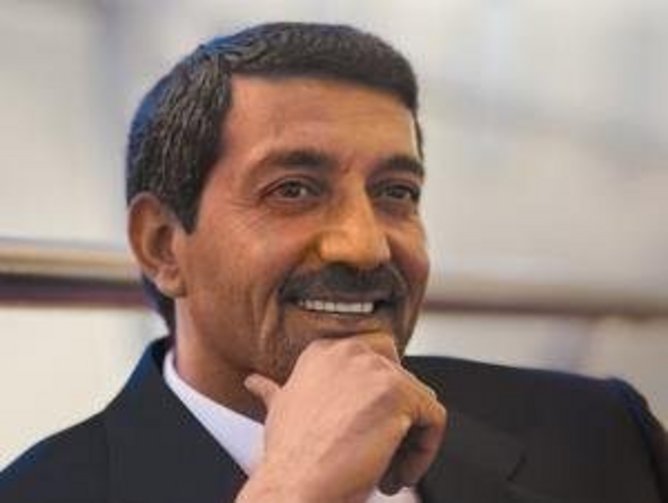 HH Sheikh Ahmed bin Saeed Al Maktoum began his aviation career in 1985, when he was appointed President of the Dubai Department of Civil Aviation. In the same year, he became Chairman of the newly founded Emirates, and helmed the launch of the airline with two leased aircraft to two destinations from Dubai. Today, he leads the Emirates Group, which includes dnata.

Emirates is now an award-winning global airline with a network of more than 150 destinations spanning six continents. With more than 270 aircraft, the airline has the world’s largest fleet of Boeing 777s and Airbus A380s. Under his leadership, Emirates has been profitable for the last 30 years, a rarity in the airline industry.

Sheikh Ahmed has contributed immensely to Dubai’s global stature as a leading business, tourism, trade and transport hub, with aviation now accounting for 28% of its GDP. With several leadership roles in government, his role in the formulation of policies and strategies has helped strengthen Dubai’s vision, economy, communities and culture. He is a patron of many charitable organisations, and has won prestigious national and international accolades.

Sheikh Ahmed has a bachelor’s degree from the University of Denver, Colorado, USA. The Royal Aeronautical Society honoured his achievements in aviation with a fellowship at the 1994 Farnborough Air Show, UK. In May 2013, he received an honorary degree of Doctor of Science from City University London – Cass Business School.