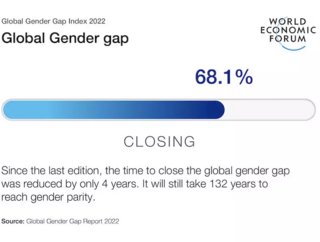 Saadia Zahidi, Managing Director, World Economic Forum and co-author of the report, says more needs to be done across the board to accelerate gender parity

The World Economic Forum’s (WEF) Global Gender Gap Report 2022 finds in 2022 the global gender gap has been closed by 68.1%, meaning it will take another 132 years to reach gender parity. This is three decades longer than the situation in 2020, before COVID-19 impacts on gender equality.

As global crises compound the rate of progress is at risk of slipping even further, warns Zahidi. The main purpose of the report, she says, was to call to governments, businesses and to other leaders that more should be done to close the gender gap. “The overall correlation between the economies that perform well in terms of competitiveness, in terms of productivity, those economies happen to be the very same ones that do well in terms of closing the gender gap,” she says of the report’s findings.

Having closed more than 90% of its gender gap (the only country to have done so), Iceland has been named the most gender equal country for the 12th year in a row. Finland follows in second place, Norway (3rd), New Zealand (4th), Sweden (5th), Rwanda (6th), Nicaragua (7th), Namibia (8th), Ireland (9th) and Germany (10th).

While the global gender gap has been closed by 68.1%, the report shows the remaining gap is unequal, with regions progressing at different speeds.  Zahidi says: “In North America, it will take 59 more years to get to parity at the current rate of change. 60 years when it comes to Europe, 67 years for Latin America, 98 years for Africa, 115 years for the Middle East and North African region, 152 when it comes to central Asia, 168 for East Asia and finally south Asia, nearly 200 years. So things do look very different in different parts of the world. And that regional breakdown also gives you a sense of developing and developed regions.”

The rate of progress also varies significantly by sub-index. While more than 90% of the gap has been closed in Educational Attainment and Health and Survival, just 22% has been closed in Political Empowerment, unchanged from 2021.

This year's report highlights the gender gaps that remain in leadership by industry. While the share of women hired into leadership roles has seen a steady increase, this has not been reflected equally in all industries.

Some industries are close to achieving gender parity, for example, Non-Governmental and Membership Organisations (47%) - but for others the gender gap remains persistent. Energy (20%), Manufacturing (19%) and Infrastructure (16%) sit at the bottom end of the scale.

“I think what is very clear is that there are systematic gaps across the board, and that we are not making sufficient progress,” says Sue Duke, Vice President, Head of Global Public Policy & Economic Graph, LinkedIn. “When it comes to female leadership, we do not have a single country, and we` do not have a single industry that has reached parity. So there are systematic challenges faced by women across the world.”

Duke concludes, “There are key areas that the data points to, that we need to start tackling immediately. If those barriers are going to go away for women all across the world, key areas like internal mobility, like, equal hiring practices and increased flexibility need to be addressed. Without those, women everywhere are going to continue to struggle to break through, and in particular struggle to break through to the highest ranks of corporate and government organisations.” 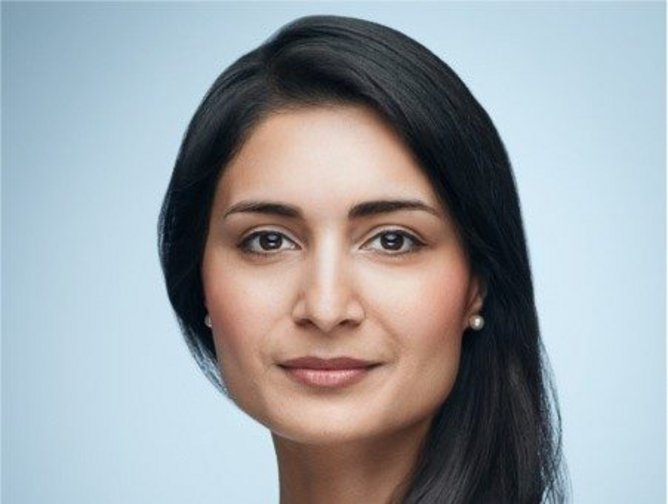 Zahidi has a BA in Economics from Smith College; a MPhil in International Economics, from the Graduate Institute Geneva; and MPA, from Harvard University.

Zahidi is currently Head of Centre for the New Economy and Society and Member of the Managing Board.

About The Global Gender Gap Report

The Global Gender Gap Index benchmarks the current state and evolution of gender parity across four key dimensions (Economic Participation and Opportunity, Educational Attainment, Health and Survival, and Political Empowerment). It is the longest-standing index which tracks progress towards closing these gaps over time since its inception in 2006.

This year, the Global Gender Gap Index benchmarks 146 countries, providing a basis for robust cross-country analysis. Of these, a subset of 102 countries have been represented in every edition of the index since 2006, further providing a large constant sample for time series analysis. The Global Gender Gap Index measures scores on a 0 to 100 scale and scores can be interpreted as the distance covered towards parity (i.e., the percentage of the gender gap that has been closed). The cross-country comparisons aim to support the identification of the most effective policies to close gender gaps.