How algae could save the world 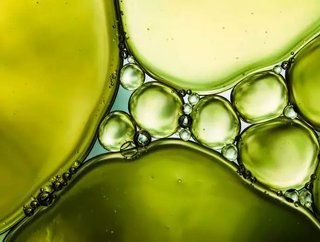 In 1997’s Flubber, Robin Williams’ Professor Brainard was right to turn his attention to green slime as an energy source, but its real-world alterna...

In 1997’s Flubber, Robin Williams’ Professor Brainard was right to turn his attention to green slime as an energy source, but its real-world alternative proves to be a far tamer and more readily available solution. Algae: a diverse collection of eukaryotic organisms that produce around half of the world’s oxygen. The photosynthetic slimes are not only diverse in their range of species, but also in their applications. While algae’s potential as a fuel source remains stunted by the limits of technology, the tide is beginning to turn on its viability. In the meantime, its uses as a biodegradable source of packaging, for waste control, as a means of carbon capture, and even as a base material for carbon fibre are renewing interest in its potential as a sustainable solution for myriad industries. What follows is a breakdown of just a few ways in which algae could save the world.

As a biofuel, algae both solves and creates problems. While extracting oil from algae to be used as a biofuel would yield far larger quantities of fuel than the same acreage of land-based plants, it requires significant resources to do so. Algae needs enormous amounts of water and nutrients in order for production to compete with crude oil, and the space required poses a considerable challenge in itself. According to Power Technology, Kevin Flynn, a marine biology professor at the University of Swansea, said in 2017: “Simulations of microalgal biofuel production show that, to approach the 10% of EU transport fuels expected to be supplied by biofuels, ponds three times the area of Belgium would be needed.” He added that, “For the algae in these ponds to produce biofuel, it would require fertiliser equivalent to 50% of the current total annual EU crop plant needs.” As with so many things in the sustainability space, we’re waiting for technology to provide the answer to these challenges, but those answers may be closer than you’d think.

Power Technology noted that Synthetic Genomics, a partner of ExxonMobil, believes it will be capable of producing 10,000 barrels of algal biofuel each day by 2025 (if current trends continue) as a result of the progress made in increasing lipid content through genetic modification. While scaling this solution could provide a credible alternative to crude oil, it may come to fruition too late to be of use. Biofuel as a substitute for crude oil carries similar downsides when it comes to their use: while their production is less harmful for the environment than drilling and fractional distillation, they are nonetheless burned inside internal combustion engines (ICE) and release greenhouse gases. As governments around the world ramp up their efforts to remove fossil fuel-dependent vehicles from the roads, efficient algae production may rise only to be met with obsolescence. In other words, algae cannot be a substitute in ICEs if they’re no longer in use. Not only that, but the ethical dilemma of gene modification – namely that it could yield an exceedingly-competitive form of algae that damages ecosystems – is as apparent for algae as any other area where it is practised.

Thankfully for algae’s dormant potential to save the world, biofuel is far from the only trick in its locker. EcoWatch reported in October 2019 that scientists have successfully produced carbon fibre with algae oil. It seems redundant at this point to explain the benefits of carbon fibre, itself now second to graphene in the rankings of humanity’s ultimate materials, but there’s more to algal carbon fibre than the incredibly strong and lightweight qualities of its regular forbear. As algae grows, it absorbs a tremendous amount of carbon dioxide which would be released into the atmosphere if burned in an engine as a biofuel. As carbon fibre, however, the algae’s carbon dioxide content is trapped within the material. "You have this very new advanced material where you can actually store atmospheric carbon indefinitely," Thomas Brück, Professor at the Technical University of Munich, told EcoWatch. Developing algal carbon fibre at scale would require considerable investment and resources but, as a method of carbon capture that produces oxygen as it grows, bringing the material into the mainstream is a stirring prospect.

The climate crisis poses a major threat to food stocks around the globe, and the food industry is already beset with myriad sustainability challenges. With, vegetarian and vegan meat alternatives requiring significant resources to produce, and the widely documented environmental damage caused by beef farming being no less apparent, there are serious questions about how we can feed our ever-expanding populations sustainably both now and in the future. Algae provides a credible means to ease the strain, with Space10 being one company pioneering research into its viability. The IKEA-dedicated independent research and design lab has developed an ‘Algae Dome: a four-metre tall wooden pavilion which contains a photo-bioreactor. The result is a closed-loop system capable of producing vast quantities of micro-algae, one of the fastest-growing organisms on Earth. According to Space10, it can double its volume in as little as six hours. At scale, this method of cultivation could be an answer to the aforementioned issues facing algal biofuel and carbon fibre production. As a food source, micro-algae is remarkable in itself. High in nutrients, vitamins and proteins, micro-algae could supplement diets to combat malnutrition, replace soy protein used in livestock feed and thereby reduce associated deforestation, boost air quality through its carbon capture and oxygen production, and provide a cleaning medium for industrial wastewater. Space10 enthuses that spirulina, a strain of micro-algae that’s suitable for human consumption, trumps a number of  popular vegetables at their own game: it contains more beta carotene than carrots, has an iron content that outstrips spinach 50 times over, as well as being rich in amino acids, B vitamins, calcium and niacin.

Bio-based packaging is an exciting concept that’s gaining traction in many industries. We recently reported that Hellmann’s is in the process of replacing its sauce sachets with a packaging alternative made from seaweed - a form of macroalgae - that’s proving to be a hit with consumers. Algal packaging is extremely versatile, capable of being the basis for both rigid and flexible materials, and is, vitally, biodegradable. This potential solution to environmental harm caused by single-use plastics was first developed by Chile-based designer Margarita Talep in response to her frustration with the proliferation of single-use plastics in the food industry.

This, a small selection of ways that algae could change the world, highlights the efficacy with which nature itself can offer some of the most viable solutions to the environmental crises of the modern age.