Improving air quality – a ‘win-win’ for climate and health 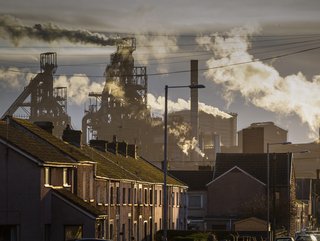 The long-term health effects from air pollution are well known: heart disease, lung cancer, and respiratory diseases such as emphysema. Air pollution can also cause long-term damage to people's nerves, brain, kidneys, liver, and other organs. Some scientists suspect it causes birth defects, too.

A fossil fuel is a hydrocarbon-containing material formed naturally in the earth's crust. Placed under immense pressure for hundreds of thousands of years, the remains of dead plants, animals and other biological matter form matter that is extracted and burned as fuel. Coal, oil, and natural gas are examples of fossil fuels – and we use far too much.

While some types of air pollution – such as smoke from wildfires or ash from volcanoes – occur naturally, most air pollution is created by people, taking the form of emissions from, but not limited to, factories, cars, fridges and aerosol cans.

Just under 12 months ago, research from Harvard University, in collaboration with the University of Birmingham, the University of Leicester and University College London, revealed that more than 8 million people died in 2018 from fossil fuel pollution, significantly higher than previous research suggested – meaning that air pollution from burning fossil fuels like coal and diesel was responsible for about 1 in 5 deaths worldwide.

The study, ‘Global Mortality From Outdoor Fine Particle Pollution Generated by Fossil Fuel Combustion’, published in Environmental Research, was said to be based on “groundbreaking analysis” that enabled the researchers to directly attribute premature deaths from fine particulate pollution (PM 2.5) to fossil fuel combustion.

“The health gains we can achieve from getting off fossil fuels is twice what we thought it was yesterday,” said Dr. Aaron Bernstein, Director of the Center for Climate, Health, and the Global Environment at Harvard Chan School. “The Global Burden of Disease study estimated deaths from fossil fuels numbered 4.2 million in 2015, but, thanks to more rigorous science, we can now see that fossil fuels cause far more harm than previously understood. Now more than ever, we can see the healthier, more just and sustainable world that climate actions can deliver.”

Following publication of the 2022 WHO Air Quality Database, The World Health Organisation was also prompted to highlight the importance of curbing fossil fuel use and taking “other tangible steps'' to reduce air pollution levels. The report showed that almost the entire global population (99% – yes, 99%) breathes air that exceeds WHO air quality limits and threatens their health.

The right to healthy air

According to the latest WHO Air Quality Database, a record number of over 6000 cities in 117 countries are now monitoring air quality, but the people living in them are still breathing unhealthy levels of fine particulate matter and nitrogen dioxide, with those in low and middle-income countries suffering the highest exposures.

“After surviving a pandemic, it is unacceptable to still have 7 million preventable deaths and countless preventable lost years of good health due to air pollution. That’s what we’re saying when we look at the mountain of air pollution data, evidence, and solutions available. Yet, too many investments are still being sunk into a polluted environment rather than in clean, healthy air,” said Dr Maria Neira, WHO Director, Department of Environment, Climate Change and Health.

“Often, when we discuss the dangers of fossil fuel combustion, it’s in the context of CO2 and climate change, overlooking the potential health impact of the pollutants co-emitted with greenhouse gases,” says Dr. Joel Schwartz, Professor at Harvard Chan School and co-author of the study. “We hope that, by quantifying the health consequences of fossil fuel combustion, we can send a clear message to policymakers and stakeholders of the benefits of a transition to alternative energy sources.”

In response to its latest findings, The World Health Organisation made the very same point: that many of the drivers of air pollution – for example the combustion of fossil fuels – are also sources of greenhouse gas emissions. It also said that policies to reduce air pollution “therefore offer a win-win strategy for both climate and health, lowering the burden of disease attributable to air pollution, as well as contributing to the near- and long-term mitigation of climate change”.

According to the United Nations, Member States recognise the need to substantially reduce the number of deaths and illnesses from hazardous chemicals, as well as those caused by air, water and soil pollution and contamination by 2030. This is in addition to recognising the need to reduce the adverse per-capita environmental impact of cities – including by paying special attention to air quality and waste management, municipal or otherwise, by 2030.

However, there continues to be a disparity between recognising the need to improve air quality, and actually doing it.

The UK – a case in point when it comes to air pollution?

According to Public Health England, air pollution is the biggest environmental threat to health in the UK, with between 28,000 and 36,000 deaths a year attributed to long-term exposure.  It also estimates that the health cost of air pollution in the UK will be £60mn in 2025, rising to an eye-watering £5.3bn by 2035.

Kate Barnard is a former Engineering Programme Manager at Rolls Royce and now runs Enjoy the Air, which helps city councils to achieve air quality standards to avoid government fines. She says that, with the exception of “rare successes” – such as the Montreal Protocol – almost every climate policy commitment, pledge and target announced by governments around the world is belied by the fact that they are failing to deliver on their commitments.

“Often, the targets set out are so ambitious that they are simply doomed to fail. Sadly, the UK Government’s upcoming air quality targets are set to fall into this very same trap,” she says.

As part of its flagship Environment Bill, the UK Government has committed to introducing new air quality targets by October this year – so just next month. The Department for Food Environment and Rural Affairs (DEFRA) has indicated that these targets seek to limit air pollution to 10 micrograms per cubic metre by 2040, in line with World Health Organisation (WHO) recommendations.

While “admirable in principle”, Barnard suggests it’s highly unlikely that we will meet these targets in time. “Economic and financial burden aside, at present rate, patient numbers will skyrocket to 2.5 million air pollution cases by 2035. Yet DEFRA’s proposed target will be almost impossible for the UK to hit within the allotted time frame, meaning it is setting itself up to fail before it even begins."

Barnard says there are several reasons why reducing air pollution to 10 micrograms per cubic metre by 2040 may be impossible. “Firstly, DEFRA has not set out the legally-binding interim targets and robust implementation mechanisms required to actually deliver its ambitions.

“Secondly, DEFRA has so far failed to arm local councils with the tools, advice and funding to implement air quality measures at a local level. And, finally, DEFRA’s targets are arbitrary across the whole country, failing to account for the vastly different levels of air quality across different regions.”

Like many of us, Barnard believes that announcing an unrealistic target erodes public confidence and undermines its own purpose. “Local councils are not going to take expensive and time-consuming steps to hit a target they believe is impossible. Many will simply begin accepting air pollution fines as a form of taxation – a mindset which will have dire consequences for the health and wellbeing of the local population,” she says.

Set up to fail with ‘pie in sky’ clean air targets?

Barnard says that for DEFRA to achieve genuine air quality improvement, it must avoid ‘pie-in-the-sky’ targets and focus instead on delivering incremental change. For her, the Montreal Protocol’s success lay in its impressive institutional support which provided funding and advice to signatories. “Government must now follow suit.”

Thirty years on from Montreal, we have access to much more advanced technology that better sets us up for long-term change, taking into account the dynamic nature of greenhouse gases to continually adapt mitigation techniques.

Barnard offers this advice: “Local authorities need to be empowered to follow specific air quality roadmaps that reflect their specific circumstances. It is naive to assume that a London-based council close to an airport, for example, would be able to reach the same air pollution reduction targets as a rural constituency.

“If change is to be achieved, DEFRA needs to install a better incentive scheme for local councils to buy-in to its clean air ambitions. Incentivisation is far more effective than punishment and we should be recognising and rewarding cities for making improvements.  Inspiring public interest too is critical to inspire behaviour change – the most effective tool against the nasty ultra fine particles and black carbon in our cities.

“Within the climate space, we have become accustomed to the sinking feeling as air quality targets are missed. In 2020, the Climate Change Committee predicted that the UK will miss its 2035 climate targets by a significant margin, having already failed on 17 out of 21 progress indicators.

“To stop this upcoming legislation from becoming just another in a string of failures, DEFRA needs to take this opportunity to develop locally focused air quality policies built on continuous feedback, knowledge sharing and support.

“The Montreal Protocol showed us the potential of a climate pledge done right. All we can hope is that DEFRA learns from past mistakes and introduces air quality targets that focus on the ‘how’ rather than the ‘when.

The future we want

In 2012, with the release of the United Nations Conference on Sustainable Development’s outcome document, entitled ‘The future we want’, countries committed to promoting sustainable development policies that support healthy air quality in the context of sustainable cities and human settlements.

The WHO air quality database compiles data on ground measurements of annual mean concentrations of particulate matter and nitrogen dioxide. The database has been updated regularly every 2-3 years since 2011. The data compiled in this database is used as input to derive the Sustainable Development Goal Indicator 11.6.2, Air quality in cities, for which WHO is the custodial agency.

The fifth WHO air quality database – the largest of its kind – covers over 6000 cities/human settlements (mostly cities) in 117 countries, indicating where air pollution levels and related health risks are higher.