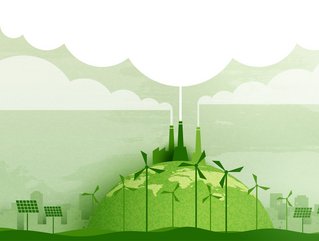 A few weeks ago, the United Nations released their IPCC report alerting the world that our brief window to secure a livable future is closing, and in that same week, Russia led its full-fledged invasion of Ukraine.

Finding common ground on climate policies in the middle of a crisis is already difficult. Now world leaders face another complex challenge with consequences just as deadly.

This is a problem for America and countries around the world because Russia is the largest producer and exporter of natural gas, the third-largest oil producer, and the second-largest exporter, so its invasion of Ukraine is also an attack on global energy markets.

Even though we’re nearly 6,000 miles away from conflict and unlike our NATO allies, our dependence on Russian energy is less than 10%.  Americans at the pump still feel the economic consequences of war abroad, with gas prices reaching a new all-time high of more than US$4 a gallon.

The risks of fossil fuel dependence

If climate change has yet to make the compelling case that our extreme dependence on fossil fuels puts our national security and livelihood at risk, it’s definitely clear now. Limiting energy production to a single fuel source threatens our interests and our allies’ interests. This dependence provides Russia with power and leverage in conflict, allowing fossil fuels to become a valuable pon in their geopolitical war.

Underneath this war sounds the ironic humming of our past mistakes. If we didn’t see it before or chose to ignore it, now we can see it clearly. Prolonging our transition towards clean energy was a mistake. However, we can learn from it and not allow an autocracy abroad to dictate our future decisions.

We aren’t direct targets, but Russia’s war on Ukraine is lighting a dangerous match between Americans. It reignites a political and economic war on climate ideologies.

As if we don’t already have enough challenges to navigate, our dependence on fossil fuels has led us towards a moral dilemma with political and existential consequences. Do we allow our citizens to bear the economic costs of another country’s destructive actions, or do we ‘drill baby drill' and put climate change on the back burner once again to address what appears to be an immediate concern?

At face value, the reasonable conclusion is that you should respond to the immediate threat before addressing a looming one. But it’s not that easy. We can’t apply the same logic we’ve been using for the past few decades because the complexity of the climate issue has grown in scope and magnitude. We’re not just dealing with a geopolitical war. We’re also dealing with climate change. While its symptoms may seem dormant compared to this ongoing conflict, our window to prevent our demise is rapidly closing.

And while the solution may seem obvious, not getting it overseas and extracting it at home doesn’t make us less dependent on fossil fuels. We may remove our dependence on other countries to generate it, but it doesn’t remove our reliance on it.

This codependency on a singular energy resource prevents true energy freedom, reduces energy security, and jeopardizes national security. Even amid aggressive economic sanctions, Russia’s leverage is still their strength because it’s our weakness.

We’re at the precipice of change. The next action we take will define our future and even the possibility of having a future. The current conversation is no longer about balancing competing tasks. We’re in the middle of two difficult situations, where the veracity of one, although it may seem invisible, weighs equally heavy, if not more than the other.

We must take the current circumstances as a sign to discontinue our dependence and unsafe reliance on fossil fuels because the more energy innovative we are, the more energy secure we’ll be.
Ryan Briscoe Young is the Policy Director of Green for All, an initiative of Dream Corps.  Green For All works at the intersection of the environmental, economic, and racial justice movements to advance solutions to poverty and pollution.