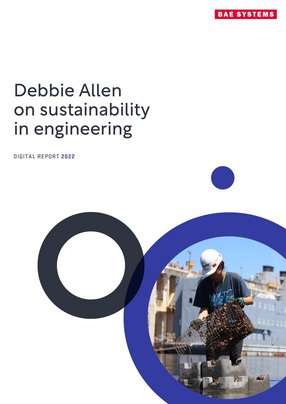 Debbie Allen, Group Director of Governance, Conduct & Sustainability at BAE Systems, used the monotony of the pandemic to start a new morning hobby.

“Running is the thing,” smiles Allen. “Trying to just go further, faster - I ran a half marathon yesterday. I'm feeling the aches and the pains now, but I'm so pleased. I think through the pandemic, it's that setting a goal for yourself, to get through to the other side.”

Allen may be able to run half a marathon, but working at defense and security giant BAE Systems, just about everything on the production line is faster than her.

Founded in 1999, BAE Systems supplies defense equipment, electronics and services as well as cyber, intelligence and security solutions. It has leading positions in its principal markets in the US, UK, the Kingdom of Saudi Arabia and Australia, working with governments who are and allies of the UK and US partners.

Allen has been with the company for two decades and was attracted by the fascinating technology it develops.

“It's a really interesting company,” reflects Allen. “I mean, the products and services that BAE is manufacturing, it's a technology and engineering company, so full of interesting people, interesting products. It is a company that has a purpose; defense and security, that feels meaningful.

“It's something to get up for in the morning, you're contributing to things, but it's not without controversy,” says Allen. "Not everybody has the same perception of it."

Last year, a protest took place outside BAE Systems Samlesbury site against the sale of weapons. The company is no stranger to such events, but respects the rights of others to protest peacefully.

“It's just a really interesting company and that was what attracted me to the role,” Allen concludes. “It never, ever stays the same. It's all changing, because of the world around us, new people coming in and people going. Particularly in the world of sustainability over the last 20 years, it's just changed beyond recognition. So it's been fantastic to be part of it!”

“Obviously it is a huge threat for us all,” says Allen. "I just don't feel that there's that sense of everybody owning it. There's a lot of talk about it, there are some people obviously hugely passionate and committed to it, but I suspect a lot of us are still not doing what we need to.”

In 1990, Allen wrote her PhD on coal and has followed the expanding climate news coverage ever since.

“My PhD was looking at the control of combustion from coal plants. That was back in 1990 and at that point, I was looking at things like sulfur dioxide rather than carbon dioxide. Then it just became carbon, carbon, carbon. There's some of those early photos and mappings of the hole in the ozone layer, that's not going to correct itself,” says Allen. “There's something we humans have managed to destroy. That's not going to get fixed without us.”

BAE Systems has plans to do its bit.

“BAE has a target to be net zero by 2030,” responds Allen enthusiastically. “For scopes one and two, those emissions are within our control, scope three is obviously more difficult to quantify. So we have set scope three by 2050.”

Here's a reminder of the Scopes:

“Also, some of our products have a 20 - 30 year lifespan,” Allen continues. “So things that are in play now, there's probably less that can be done, versus those ones that will be developed in the future. But scope one and two, we're targeting net zero by 2030.

“We've got to have significant milestones for the next two, three, four years. As does every company, but it's got to be real. Otherwise everybody's going to get to about 2026 and say 'Ooh, let's plant some trees' but this should be additional, not instead of. All companies must have realistic targets set.”

ESG at BAE and the focus on governance

Many businesses shy away from the governance section of ESG, instead of putting their energy into the more relatable social and environmental aspects.

“It's very much looking at those things that are material to the defense sector,” Allen explains. “So I'd certainly put a large amount of emphasis on the G. We make highly technical products that are going to be used in quite challenging surroundings and situations.

“The product, where you sell it, its safety, its quality, all of those things are factored into our trading policies and form a key part of our governance. So there's a huge focus on governance, quite rightly.”

“Over the last 18 months, we have really accelerated our commitment to the Environment,” Allen continues. “The Social... well, people matter. The people inside of the fence matter, but also the impact that we have on those outside. For example, we're conscious about the impact of our large sites. We have different start times, so that local people trying to get their kids to school are not held up by traffic blocks.

"With ESG, it's everything from being a huge corporation with a global footprint, down to those local areas. So I'd say socially, it's always been because it matters. The governance is equally non-negotiable,” Allen concludes.

At BAE, the safety and wellbeing of employees right down the supply chain is valued.

“Quirky, amazing minds can come up with all sorts of different things,” says Allen excitedly. “It's really fun and challenging to work with lots of interesting people, doing interesting things. But, people are people and people want to be looked after, feel included and be part of a team.

“Diversity and inclusion, as well as employee engagement, is hugely important. Particularly when you look at the engineering profile, you wouldn't be surprised to look at our demographics - it is about 22% female. That's not reflective of society. We've got to change and we've got to have diversity to be able to attract more diversity in people coming in.

“Diversity and inclusion are a huge part of securing future talent. Once somebody has joined BAE, engaging employees is key to them staying. There is a huge focus on people, in recruiting and retaining. I think particularly through the pandemic, how do you actually engage with the workforce? Reaching out to people and taking the time to call them is really important.”

BAE has invested heavily into new technology and Allen is excited to see where this leads the company.

“A lot of things, like the electric hyrbridrive systems, are not so much spinoffs, but a transition from what we're doing in the military market, into the commercial or civilian market,” explains Allen. “We have taken the type of energy storing device that you use in something like a tank, which has a lot of stop-starting, and transferred that into buses you see on the high street in cities across the world.

“Pilot simulation training is another way to reduce emissions and still keep pilots on top of their training. BAE is proudly providing the technology. Simulation and synthetic training are incredibly sophisticated and this reduces the emissions, but not the training.”

As the saying goes, at BAE, prevention is better than cure.

“Digital security for us, as much as for any other company, includes the cybersecurity part of the business.

But it's not just geographical defense that BAE is involved with. The company also ventures into protecting the most vulnerable.

“Some of the pro bono work that we actually do is in combatting child exploitation, in scanning things like the dark web, to look for individuals,” explains Allen. “There have been a number of child rings that have been broken because of this technology. Having the technology and the techniques to be able to scan all that electronic information, to sift out those few points that actually matter.”

BAE Systems is also proud of its partnerships.

“Obviously lots of BAE's partnerships come from across a range of companies, who look at innovation and new technology. It's very much about working in partnership, both with suppliers and customers.

“From an ESG point of view, in the more exciting partnerships, it is things like our education partnerships, working with universities and schools, in order to try and raise awareness of science and engineering, to bring people from different backgrounds into the industry, or into the science and engineering world. So I think those are probably the ones that are the most motivational!” 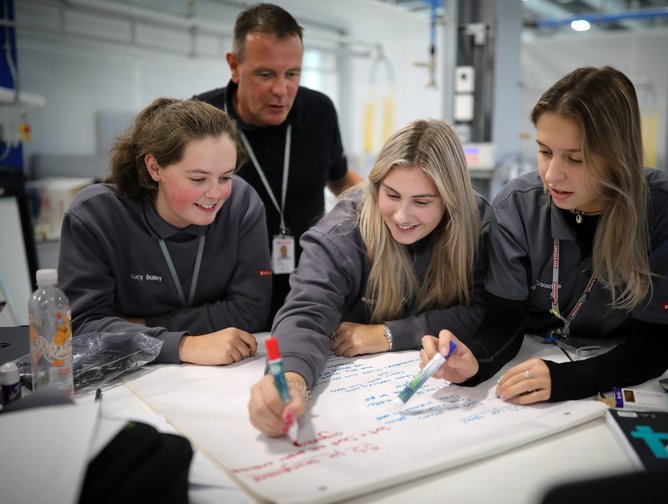 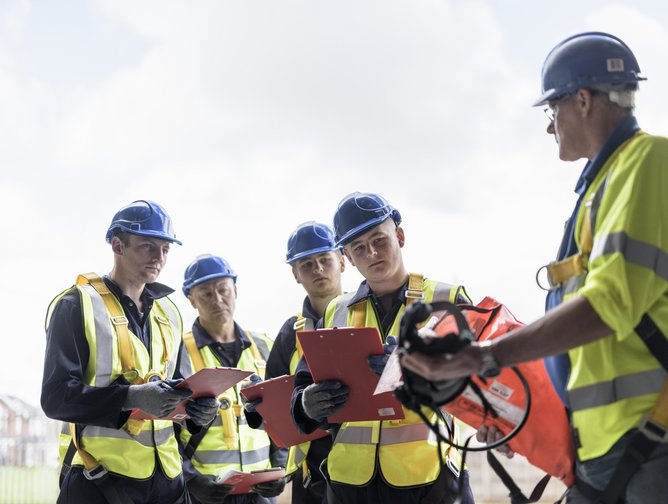 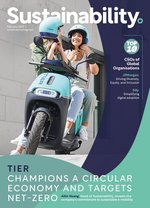