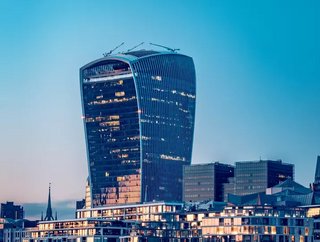 A BlackRock study calls out the lack of sufficient sustainable progress being made by Europe’s biggest banks, slowing the pace of advancing ESG integration

It’s not often that Europe’s biggest banks get a telling off, but BlackRock’s 273-page report didn’t hold back in calling out some of the largest companies in the world for not doing enough to address their sustainability efforts.

Written for the European Commission, the report highlighted the ongoing incompetence of Europe’s banks and supervisors for having very little awareness of their impact on ESG-related risks and remaining ignorant despite calls for much needed sustainable policies to be implemented.

The significance of BlackRock’s report isn’t to be downplayed either, considering the firm is an investor in many of the banks it has condoned, alluding to the scale of the issue.

This isn’t the first time the banks have been targeted by BlackRock. In November, European Ombudsman Emily O’Reilly made the executive of the bloc aware of their failure to effectively consider conflicts of interest in awarding the contract to the firm’s Financial Markets Advisory unit. According to O’Reilly, the Commission had fallen short in providing sufficient information regarding its rules on conflicts of interests and suggested that this needs to be addressed in the future.

“Despite increased efforts by banks and supervisors, this study finds that the pace of implementation to achieve effective ESG integration within risk management, prudential supervision, and business strategies and investment policies needs to be accelerated,” BlackRock stated in its report.

Globally, pressure is mounting on businesses to fine-tune their operational processes to ensure a more sustainable approach is taken regarding future company ventures. And Europe’s banks, despite their lagging behind, are not immune to the worldwide transition to a low-carbon economy and green energy utopia.

Widespread miscommunication regarding ESG has led to strategic disorganisation

However, miscommunication and disorganisation seem to be playing a major role in the banks’ continued sustainability incompetence. The report found that there was no shared definition of ‘ESG risks’ and, thus, few banks had investigated their impact regarding such risks, resulting in incomplete or completely non-existent strategies and widespread confusion.

“ESG factors are widely, albeit sometimes superficially, integrated within lending policies, credit application processes, and due diligence, in particular for selected high-risk sectors.

“However, coverage is often limited and, for example, off-balance-sheet investment activity associated with advisory or debt capital markets is often not in scope.”

It’s important to note that the report wasn’t simply about ripping apart the banks’ internal incompetences. BlackRock provided several solutions to the issue, including calling on both banks and supervisors alike to collaborate on the definition of ‘ESG risks’ and develop ambitious strategies in order to meet sustainable targets.

The report seems to have made an impact, with a spokesperson for the Commission revealing that plans are in motion to arrange a discussion based on BlackRock’s review with members of the European Parliament and other stakeholders, all parties endeavouring to solve an issue that, so far, has been left unaddressed.