How is Podback steering the UK from unsustainable coffee? 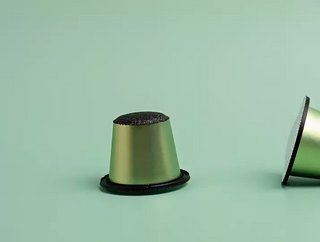 Following a few controversial years in the coffee industry, Podback has alleviated environmental concerns with its coffee pod recycling service

To understand why Podback’s service — as well as other similar initiatives — is so significant in making the coffee industry sustainable and avoiding further environmental issues, it’s important to look at the negative responses to companies like Nespresso. The company is now known globally for its coffee machines and pods, which it now claims to be recyclable. But, this now popular type of coffee hasn’t always received glowing recognition.

Launched as a product for use in consumers’ homes in 2004, coffee pods and machines have become hugely popular in western coffee consumption. Referred to as ‘K-Cups’ in the United States, coffee pods have caused concerns for environmentalists with over 10 billion items consumed each year. San Jose Recycles also stated that in 2014, the quantity of those pods in landfills could circle the plant 10 to 12 times.

What are the product owners doing?

The companies who produce these products have responded to the use of plastic in an effort to eliminate any materials that cannot be recycled. Nowadays, consumers can see simplistic packaging, made from card material in most cases, and aluminium pods that are 100% recyclable.

One of the leading producers of consumer coffee goods, Nespresso set about sourcing more sustainable packaging in 2018, which led to the implementation of Aluminium Stewardship Initiative (ASI) Certified aluminium supplied by Rio Tinto — one of the leading global metal producers. Nespresso also became one of the seven founders of the ASI, which was established nine years earlier alongside the International Union for Conservation of Nature (IUCN).

So they are supplying goods that are recyclable, but what is to stop them from being sent to landfills?

In recent years, consumers have become conscious of their effects on the environment. We can see this through their changes in buying habits, particularly in the vegan food industry. But, to ensure that coffee pods do not end up in landfills, Podback is a solution to coffee pod recycling.

The service is a prime example of how organisations in the same industry can come together to promote sustainability while also acting upon it. Nespresso, NESCAFÉ Dolce Gusto and Tassimo were all involved in bringing the solution to fruition, which offers consumers kerbside collection — in selected areas — or they can deliver their pods to at participating collection points.

Podback has recently backed kerbside collections in Exeter, UK, as it expands its offering to a wider range of UK cities.