Formula E is a catalyst for sustainability in motorsport 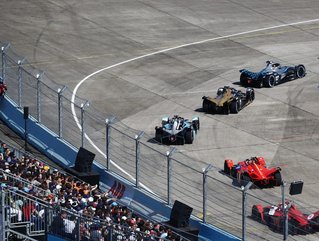 We attended Formula E in Berlin to gauge the sustainability sentiments of Formula E and ABB leaders, and other members involved in developing motorsport

Televised events serve as great platforms for promoting specific causes and projects, but what issue is more pressing to the future of our planet than that of climate change? What are the subsidiary actions required to proclaim a sustainable future?

Many have heard of the Formula series of motorsports, but the latest addition – and perhaps most influential – is Formula E (FE). The motorsport marks a show of many hands in the sustainability realm and prides itself in acting as a platform for change, and there are many areas in which it can provoke positive climate impacts while simultaneously driving social justice and inclusivity. From hyper-advanced electric vehicle development to the encouragement of female representation on-track, in the pits and research and development.

Formula E is a partner of the planet

Targeting an urgent matter like climate change can lead to fluster among organisations, so the steady, measured approach is what FE took in terms of emissions reduction and ensuring that waste is managed in a circular fashion. While the FE events are centred around the racing, there is also a huge sustainability element to be considered in every corner as it promotes an environmental legacy and sentiment towards its host cities.

“My philosophy is that we need to make sure our house is in order before we communicate,” says Julia Pallé, Sustainability Director at Formula E, as she explains why it is successful in minimising its impact on the environment and the areas in which it operates—sourcing is a major part of this.

“We've also partnered with the IOC,some other International Federations and our working group on signage because, after years of work with our branding partner, we managed to implement branding that does not use PVC plastic, instead uses PT plastic that is recyclable.”

The teams are also involved in promoting environmental causes. One of these is the Mahindra driver, Alexander Sims, who leverages his fanbase to remove plastic from the ocean. The Fanboost function of the event –a unique feature of Formula E – means that, for every ‘fanboost’ he receives, 10 plastic bottles will be removed from the ocean. 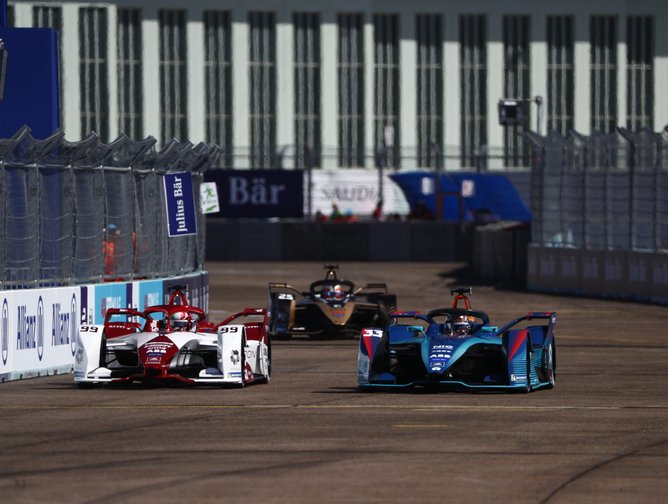 Sims and his team at Mahindra are playing their part in reducing the amount of plastic in the ocean. Utilising FE’s unique Fanboost function, he is able to promote the cause and encourage his loyal fans to help the team remove 10 plastic bottles for every vote.

By day, he races for the Mahindra team, but is a sustainability advocate through and through, sourcing renewable energy for his home and purchasing sustainable household products. The platform provided by FE allows him to further encourage sentiment shifts, as he travels with the organisation across the globe.

The team has  partnered with a company called Tide, headquartered in Switzerland, which is responsible for the removal of plastic bottles from its other bases in Thailand and its new base in Indonesia. Mahindra funded the company’s extraction of one million of these bottles, which were sent to Switzerland to be processed and broken down for reuse in other plastic materials. 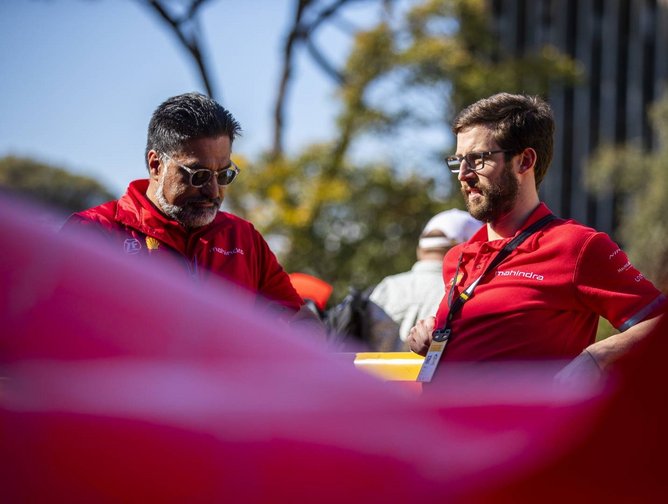 Promoting D,E&I and a socially-conscious motorsport

FE is also going one step further to develop as an inclusive motorsport. For many years, the Formula series of motorsports has been dominated by male representatives and, in the true nature of diversity, equity and inclusion (D,E&I), the organisation’s strategy incorporates more opportunities for females to get involved in racing. The main programme is the Girls on Track initiative that encourages young females to get involved at a young age – from as early as eight years old.

“I think inclusion is super important globally, and in motorsport, you can see it is predominantly a male sport. I think we have a tremendous opportunity and we want to plant the flag to guide the rest of the championships,” says Alberto Longo, Co-Founder and Chief Championship Officer at Formula E.

“There is a lack of opportunity for girls today, which probably comes from poor education as well. I'm a firm believer that girls can actually compete against the men in this sport.” 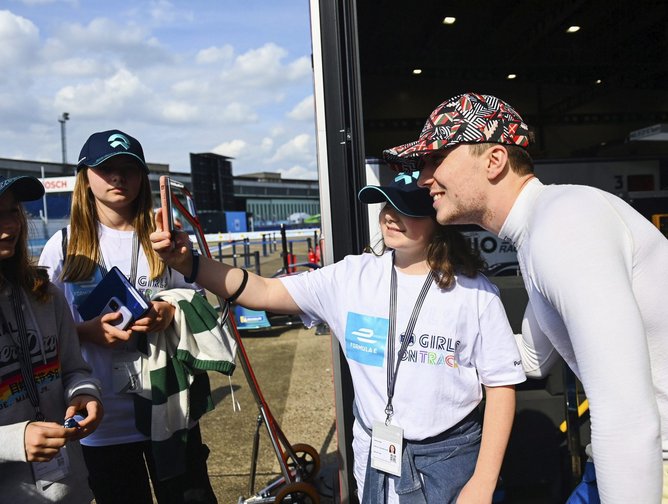 As motorsport is hot on press coverage, there are ample opportunities to speak to the leaders in the organisation, and they’re not shy of a discussion about sustainability and how FE catalyses a shift in the broader economic strategy. FE showcases some of the most applicable forms of innovation like EV performance, extreme fast-charging capabilities and circular design principles, all of which are innovative traits that resonate with leading automotive manufacturers and EV-focused businesses.

“We cannot avoid talking about the big manufacturers that are in Germany, and some of them are obviously part of the formula E grid. Germany is such an important market globally, and, for us, it’s a no-brainer,” say Longo.

“That's basically the aim of Girls on Track: not only to become a driver, but also to become a journalist, an engineer, or a team principal.”

Planning and executing sustainable motorsports events is no mean feat, and it requires work on behalf of the entire team to ensure that host cities are on-board with the ethos of FE.

“What’s important is we have to be in the right cities, which align to our value and the brand promise. Berlin fits that very well. We need to use venues that allow us to be flexible and Berlin very much offers that,” says Jamie Reigle, Chief Executive Officer of Formula E. The event in Berlin is one of many occasions where motorsport has displayed technical innovation for the benefit of both the teams racing and further application outside of the track. Daniela Lužanin,Head of the ABB Formula E partnership at ABB, divulges the multiple facets of engineering that ensure the smooth operation of the events and explains how every successful race can be leveraged in business.

“We decided to join as of season four, because it was a perfect fit with our vision and values, with everything we do in our e-mobility business to promote the future of e-mobility. Since then, we have also expanded into different areas,” says Lužanin.

ABB supports many of the events’ functions, including protection from blackouts – leveraging its UPS technology to ensure continuous broadcasting of the event –  the OPTIMAX solution deployed to manage the energy consumption of the event’s energy sources. Another major milestone is the agreement with the FIA to make ABB its official charging partner.

As a result of the partnership, the company has been heavily involved in developing FE vehicles, including the Gen 3 version announced in Monaco in early-2022 – its biggest triumph in FE charging and performance to date.

“Now they have two chargers, which also reduces the global travel footprint, something I think we’ve improved over time that helps the teams. It's more cost efficient and requires less shipping." 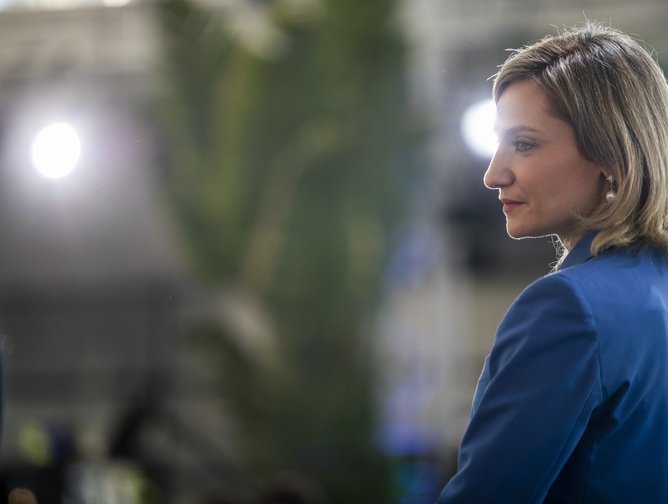 Pallé is a corporate social responsibility (CSR) expert and has spent over ten years in the motorsports sector, ensuring sustainability compliance across the board.

Her career began at Michelin Motorsport, where she carried out the first-ever Life Cycle Assessment of a motorsport tyre in collaboration with FIA. She was later recruited by FE to overlook its sustainability strategy in the lead up to its 2014 E-Prix in Beijing, China. 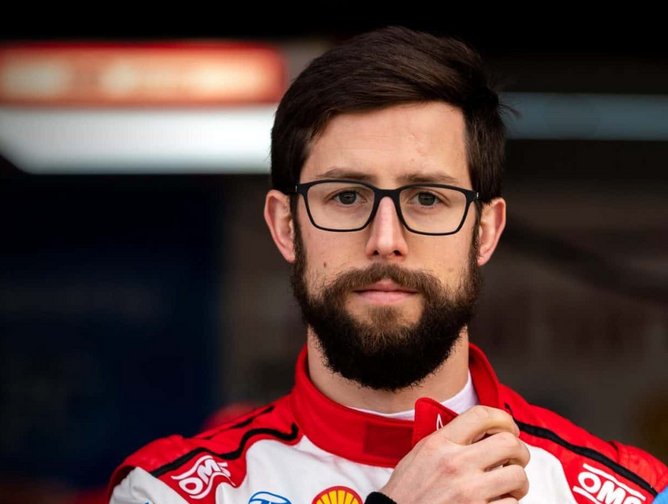 Sims and his team at Mahindra are playing their part in reducing the amount of plastic in the ocean. Utilising FE’s unique Fanboost function, he is able to promote the cause and encourage his loyal fans to help the team remove 10 plastic bottles for every vote.

By day, he races for the Mahindra team, but is a sustainability advocate through and through, sourcing renewable energy for his home and purchasing sustainable household products. The platform provided by FE allows him to further encourage sentiment shifts, as he travels with the organisation across the globe. 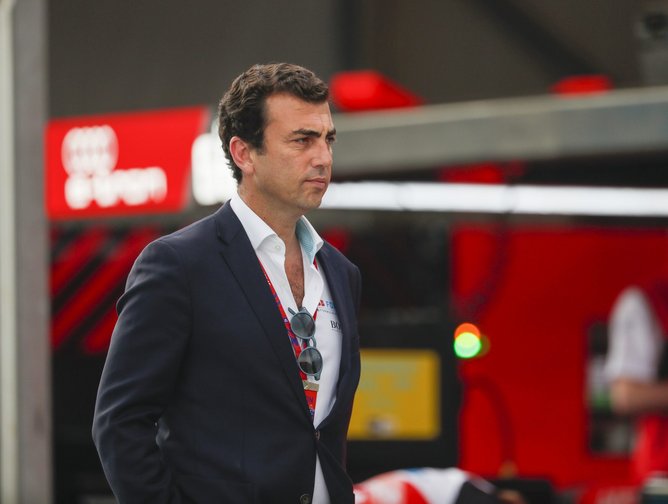 Taking the unexpected route to his current position at FE, Longo worked as an investment advisor at Santander from 1997 to 2002. Over the years, he has partnered and shared ownership of businesses before taking the leap into Formula E Holdings. Longo is a keen advocate of inclusivity and promoting the involvement of females in motorsport through FE’s Girls on Track programme. 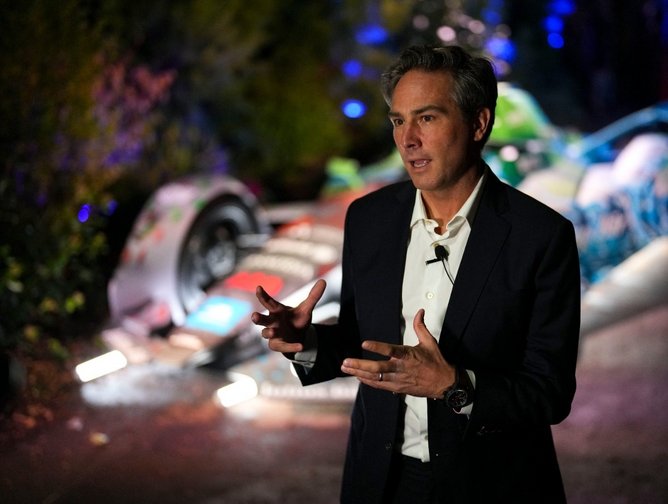 Sports is a major part of Reigle’s career history, with over 10 years working in corporate development at Manchester United, as well as executive positions for the Los Angeles Rams and Extreme E. His education background in business and economics led him through these roles to eventually reach his current position and oversee the teams at FE. Gaining the position as the CEO of the organisation required Reigle to undergo a rigorous selection and vetting process to take on the leadership role. 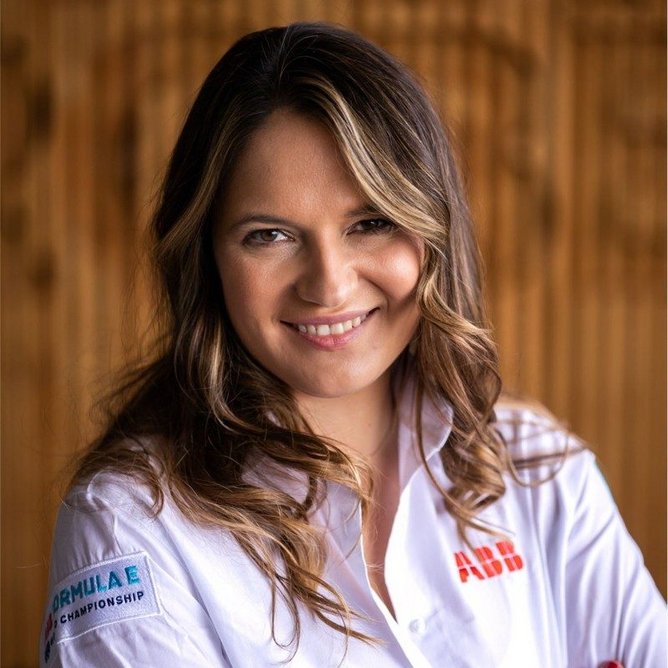 After joining ABB in October 2012, Lužanin has since progressed through many roles at the company. From Senior Project Manager of Digital Communication to her current role, she has witnessed many developments in the FE partnership.

As a company, ABB is responsible for leading technology innovation in software to allow connectivity in areas like automation, robotics and electrification. The organisation is home to more than 105,000 talented employees, a number that has grown throughout its 130 years in the industry.