How companies can help achieve the UN's SDG 10 on inequality 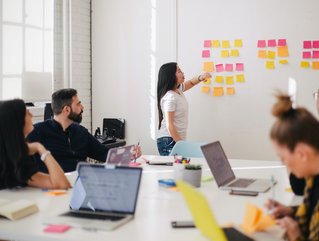 But how close to — or far from — achieving the goal are we?

Disparities have grown more prevalent in recent years. Between 1988 and 2008, the wealthiest 5% of people took 44% of global income, while the poorest 5% saw little shift. Then, between 1990 and 2010, income inequality in developing countries increased 11%.

According to the World Inequality Report 2022, private wealth growth has also been disproportionate within countries and globally. Over the last several decades, global multimillionaires have reaped a disproportionate share of global wealth growth: the top 1% have taken 38% of all additional wealth gathered since the mid-1990s, while the bottom 50% have taken only 2%.

The report, therefore, implies that this inequality is caused by significant disparities in growth figures between the top and bottom of the wealth distribution. Since 1995, the wealth of the world's wealthiest people has increased at a rate of 6-9% per year, while average wealth has increased at 3.2% per year.

Despite popular belief, the private sector can make the gamechanging contribution to tackling the structural challenge of reducing inequality. On the other hand, it is worth noting that companies can also intensify inequality itself and the issues it brings, including through complicity.

The systemic barriers that hinder achieving this goal underline a need for coordinated action, including all stakeholders. All businesses must contribute their due taxes, promote non-discrimination, adhere to social and environmental regulations, and honour and uphold human rights in place to bolster these collective actions.

Companies can benefit from eliminating these issues because it helps to make a more consistent and reliable corporate culture. This brings in more diverse perspectives into the organisation, boosting productivity and innovation. In fact, according to economic research, lowering income inequality improves economic growth.

According to a McKinsey study, diversity is a key driver of corporate growth and innovation, resulting in improved revenues and shareholder value. Hewlett Packard, for example, learned that working with a broad set of suppliers helps local communities grow economically, while also improving innovation and competitiveness in their supply chain.

Another company that includes SDG 10 in practice is MasterCard. MasterCard's cooperation with UN Women aims to alleviate economic inequality by providing half a million Nigerian women with ID cards that can be used to make electronic payments. In addition, the American financial service collaborates with Mercy Corps to work on humanitarian issues.

The fight against inequality may help companies

The UN Global Compact recommends several approaches for companies, such as generating more integrated value chains, as well as decent-paying jobs, goods and services that help meet basic needs; being involved in making social investments and advocating for public policies that foster social sustainability and joining forces with other companies to leverage your strengths and make a bigger difference.

Helping tackle inequality also motivates your employees to stay and to work harder, as well as differentiating you for top talent coming in.