Corporate gender equality is booming but the SDG needs work 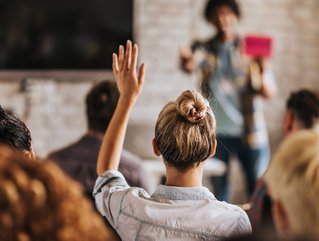 Gender equality is a multifaceted issue that affects everything, from education to employment, from the public to the private sphere.

The United Nations’ fifth Sustainable Development Goal (SDG) is “to achieve gender equality and empower all women and girls” by 2030 is ambitious and looks, now, like it could be a struggle. Parts of society and the world have slid backwards, much is stagnant and - a ray of hope - the corporate world has made gender equality a top priority, to some measurable effect.

First, a frank look at how the world stands.

Women are far more likely than men to be unemployed, work in low-wage jobs that do not reflect their abilities, hold fewer positions of leadership, and earn 82 cents for every dollar a man earns. This difference is considerably more apparent among trans and nonbinary people, according to research both in the UK and US.

Men in 18 countries have the legal right to restrict their spouses from working. On the other hand, women globally continue to be unfairly held responsible for unpaid childcare, endure maternity-related discrimination, and many quit their occupations entirely to raise children.

According to the Women, Business, and the Law 2021 report, only 10 countries out of 187 provide women equal legal work opportunities as men. This means only 10 countries received 100 points on eight measures ranging from earning a pension to freedom of movement, while roughly 80% of the nations received fewer than 90 points.

The figures are considerably worse from a political standpoint: the UN reports that women make up only 25% of legislative bodies and 36% of municipal governments.

Aside from these glaring disparities, women suffered from extra household demands during the pandemic. In addition to this, domestic violence cases also intensified in several countries.

The coronavirus pandemic worsened already-existing disparities for women and girls in every sector, from health and business to security and social welfare. Geopolitical changes have also not helped, such as the return of the Taliban to power in Afghanistan.

That’s the world as a whole. The corporate world, however, is another matter. The corporate world is making strides toward promoting gender equality in executive and C-suite positions. According to McKinsey's 2018 Women in the Workplace report, women hold 19% of executive roles.

Despite this little leap toward gender parity in the C-suite, women of colour tend to encounter major impediments to leadership roles. According to the McKinsey report, women of colour account for only 4% of C-suite positions. In addition, according to a 2019 Harvard Business Review analysis, there were no black women in positions of leadership in Fortune 500 companies.

Furthermore, equal opportunity for all women in middle or lower management, particularly in entry and mid-level leadership positions, remain unclear. Women make up 48% of all entry-level recruits but only 38% of first-level managers, per the most recent McKinsey data.

Women in leadership remain a rare sight, albeit are far more common one. Though women CEOs may be few in number, they do hold some positions of tremendous power.

Take Mary Barra, for example. Fortune Magazine ranked Barra as the fifth most powerful woman in business, and she is the first female CEO of General Motors.

Barra outlined GM's plans to roll out internal combustion engines and produce exclusively electric vehicles by 2025 in 2021. She also said that by 2040, GM would be carbon-neutral at all of its operations worldwide.

Another example is Rosalind Brewer, appointed CEO of Walgreens in 2021. Brewer is an accomplished leader in corporate America, and only the third Black woman and one of 41 women to lead a Fortune 500 company. She was formerly president and the first Black CEO of Sam's Club before joining Starbucks in 2017.

A final - less well-known but meaningful - example, is Zein Malhas, the CEO of Blink, a neo or challenger bank that is disrupting the banking industry for the entire region. A Jordanian based in Amman, she was elevated to her current rank through her career at the Capital Bank of Jordan. Malhas is at the forefront of banking transformation in the Middle East.