Top 10 energy sources: what are they and who has the most? 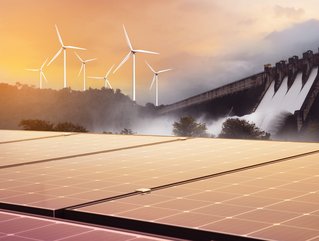 Countries are racing to expand renewable energy, but for fossil fuel energy leaders adjusting the national energy mix is a complex task with a longer road

The International Energy Agency (IEA) says energy production from renewables such as solar, wind, and hydroelectric powers will continue to increase in the future. This is no surprise  - there is a lot of ground to cover for these fuel sources to haul in fossil fuels.

Fossil fuels dominate energy production, but this is changing and countries face a variety of challenges in adapting to this. For example, just convincing a nation with abundant reserves of cheap fossil fuels that it is in their best interest to not use it has been a challenge - but it is one that has now largely been met.

Prices for renewables have gone down dramatically - solar power equipment, for instance, is significantly cheaper than just a few years ago - and the efficiency of the technologies and equipment used in harnessing it are dramatically more efficient. That said, this is a global field with many factors. To start to understand and predict how this might change, understanding where we are now is crucial.

To drive energy change, you have to be clear on the starting point: the top 10 fuel sources in the world along with the top 10 countries ranked by capacity of that energy source.

Sources for these statistics are directly cited and we encourage you to learn more from the sources themselves. The metrics by which they are ranked vary according to industry standards or for ease of understanding. The statistics are from the nearest year available and drawn from publicly available sources. Energy development is ongoing and subject to market and other forces, so expect the numbers here to differ slightly, but the themes remain the same. 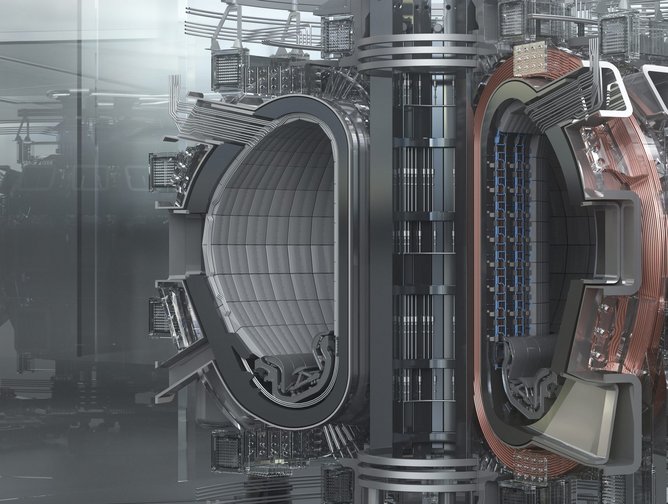 A renewable fuel source, and a clear alternative to fossil fuels, biomass does still emit CO2 and greenhouse gases. It is formed from a variety of sources but most commonly often from waste plant material from agriculture. According to Statista, countries with the most bioenergy capacity per 2020 are as follows: 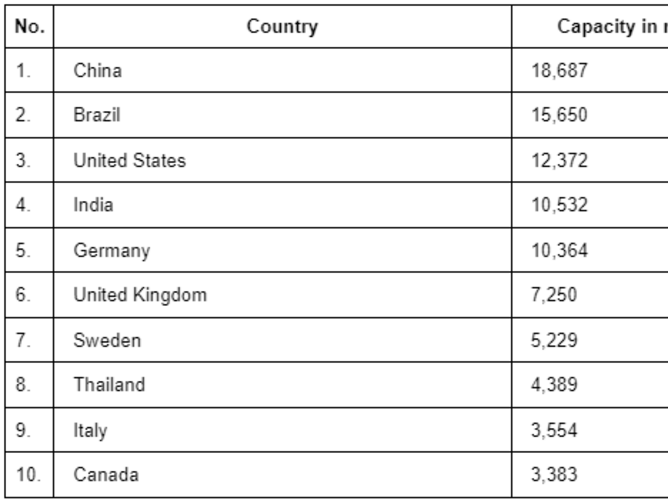 Hydropower is a renewable source in the truest sense, harnessing the power of moving water from dams, waterfalls, and elsewhere. Geography plays a big role in this (water flows downhill) so the more mountainous a country, the better. According to BizVibe, the top producers of electricity from hydropower based on installed power generation capacity as of the end of 2020 are as follows: 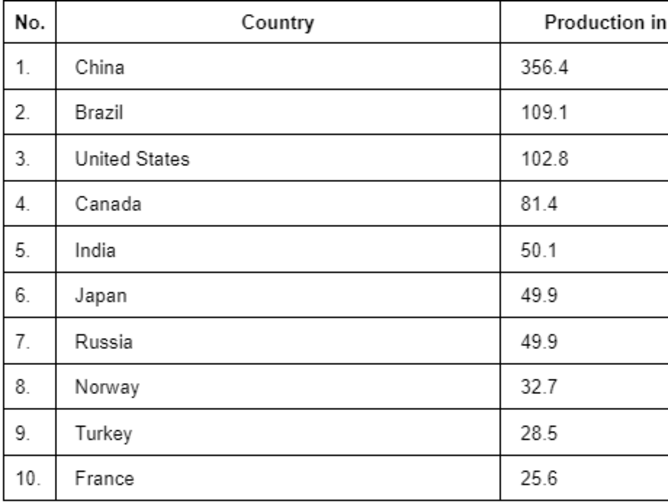 Geothermal energy utilises geothermal heat steam that powers turbines. Volcanic activity is key for this energy source, meaning geography dictates much of this again, and the countries making the list tend to have a lot of volcanoes. According to Think Geoenergy, the top producers of geothermal power based on installed power generation capacity as of the end of 2020 are as follows: 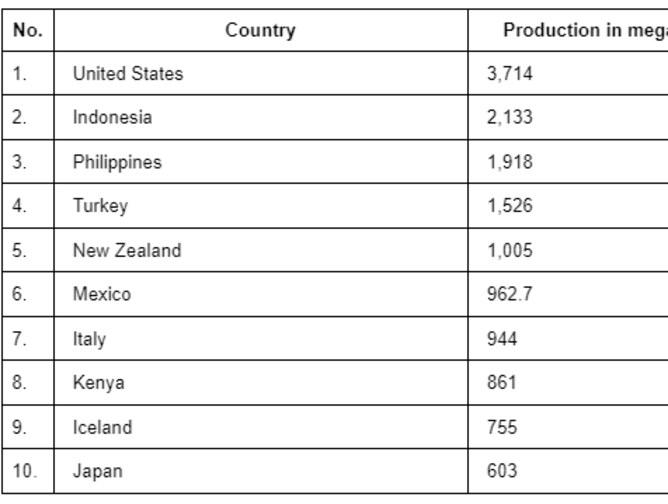 According to World Population Review, the top producers of electricity from wind power were China, the US, and India, producing 236,402, 105,466, and 37,506 megawatts respectively in 2019. The US and China alone were responsible for over 52% global wind power production.

This is a greatly under-utilised energy source and while China made headlines with its investment in offshore wind earlier this year, and the UK has also made strides in the field and led in development, these big jumps and a mid-sized country’s occasional lead indicate a lot of growth potential.

The top 10 producers of wind power are as follows: 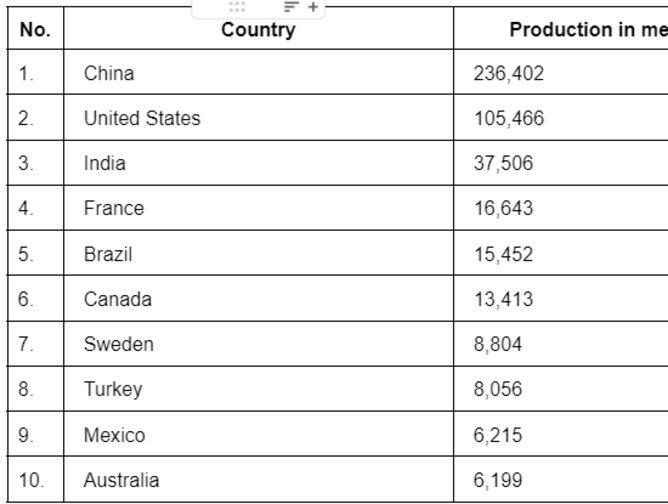 Biofuel is often used in gasoline mixes at the pump to reduce reliance on the oil market. For example, Indonesia, which is one of the world’s leading palm oil producers, mandates a 15% biofuel mix for fuel in the country.

While it does cause emissions, biofuels burn significantly cleaner than fossil fuels and are an alternative source of energy.

Statista reported that the global leader in biofuel production is the US with 1,347.3 petajoules worth of biofuels in the year 2020 or the equivalent to 602,000 barrels of oil. The top producers of biofuels in 2020 are as follows: 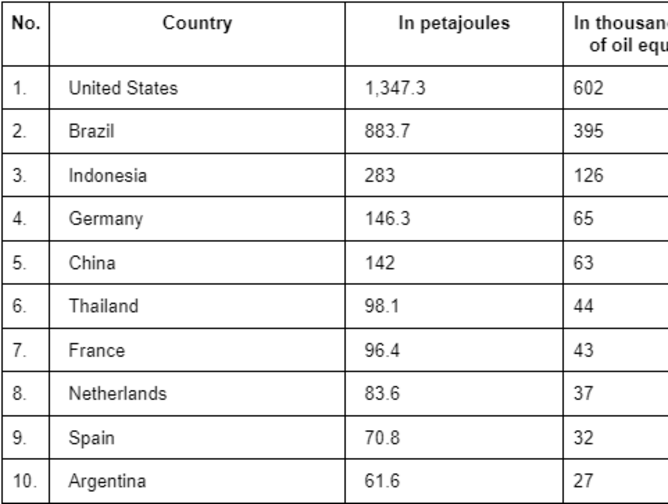 As of the start of 2021, China was the number one country in terms of solar power capacity, followed by the US and Japan. This is a field China has led and all three of the leading solar panel manufacturers are based there.

New technologies, more efficient panels, and simpler setups are changing this, and the balance of this energy ranking is likely to change a lot in the future as new technologies roll out and proliferate.

The 10 countries with the most installed solar power capacity are as follows: 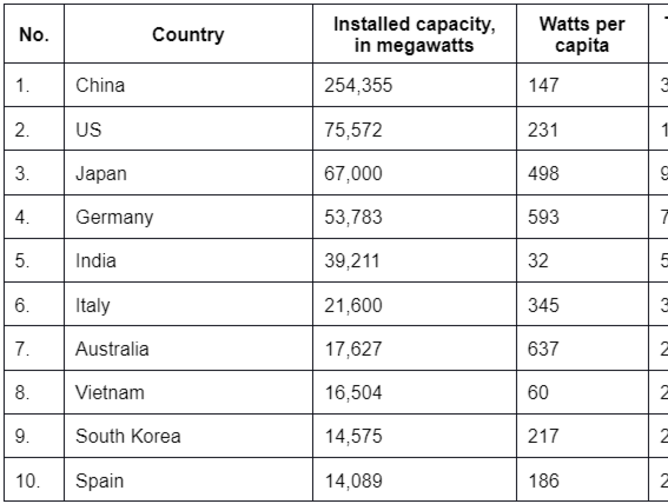 A source that produces virtually no emissions using an energy source that can be refined and lasts a huge amount of time, nuclear power is an excellent energy source, albeit a controversial one.

Some countries are keen on it, while others rule it out entirely. For one, it requires access to nuclear technology, which is strictly guarded and controlled by a handful of nations. Given the risks, some populations simply do not see it as an option. We also include below the table a list of countries with the most amount of nuclear power as part of their energy mix.

According to Visual Capitalist, 15 countries alone are responsible for more than 91% of global nuclear power production. The top 10 of those 15 are on the list below. 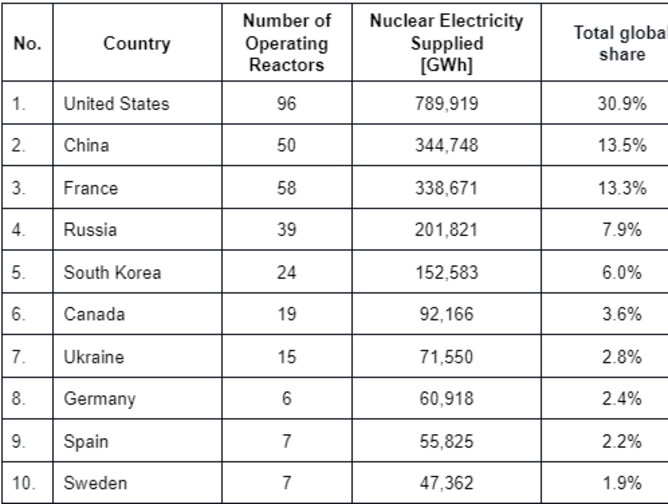 Coal is a fossil fuel and a terrible polluter. ‘Clean coal’ has also been touted as a solution, but this is an energy source many hope to avoid sticking to long term. Coal-fired power plants are cheap and for some nations absolutely necessary, but they will eventually fall into lesser significance.

It was reported that there are only 1,074 billion tonnes of coal left in 2020. This number is continuously falling as countries consume their reserves. The US alone consumes a little more than 50% of global annual coal consumption.

The top 10 countries with the most coal reserves are as follows: 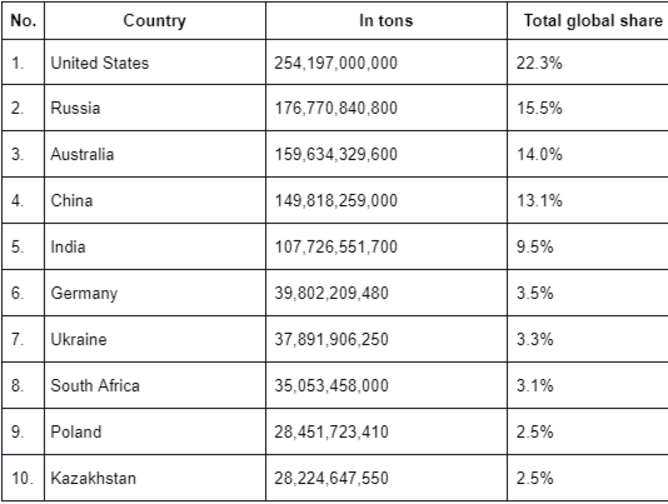 Natural gas is a plentiful source of energy and the greenest of the mainstream fossil fuels. It is portable, can be shipped as a liquid, and is cheap. It is likely to maintain or even grow as an energy source in the short term as the world moves away from other fossil fuels due to its cleaner-burning properties.

The countries with the largest natural reserves are as follows: 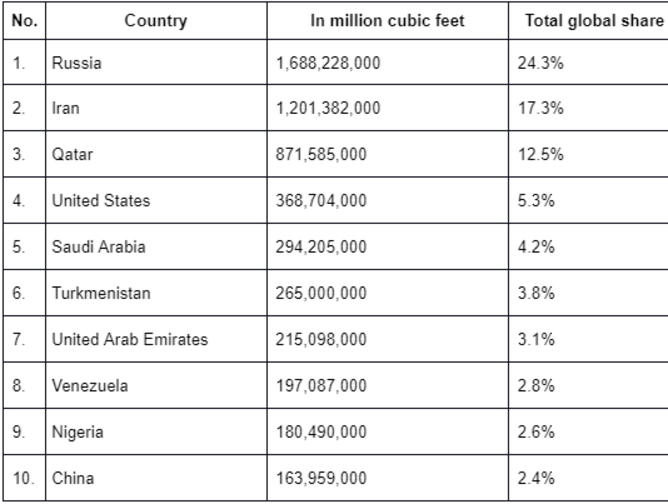 The biggest energy source of them all and the foundation on which the modern world is built. Oil and its associated petroleum products drive the industrial revolution and changed the world. It is stable, easier to control, energy dense, and relatively simple to transport. It will take time to move this from the top of the ranking.

According to the United States government, the world’s top oil producers are the US, followed by Saudi Arabia, and Russia. The US alone produced 20% of the world’s oil in 2020. The 10 largest oil producers as of 2020 are as follows: 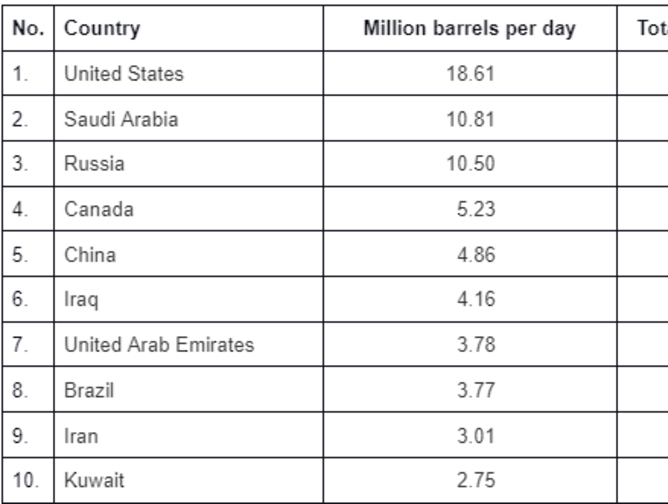 That is production, but what about reserves? 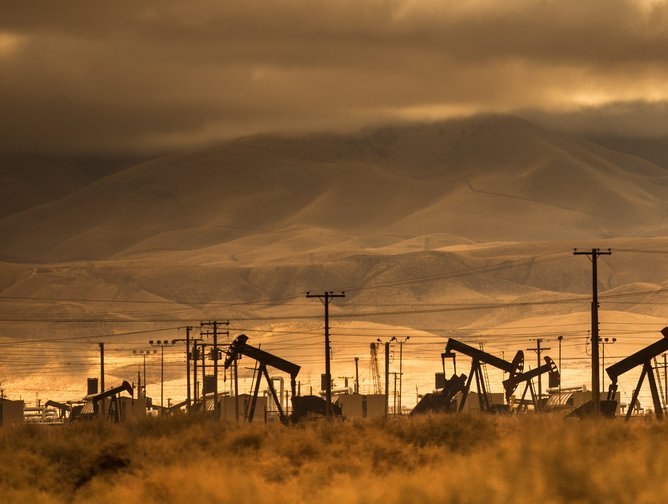 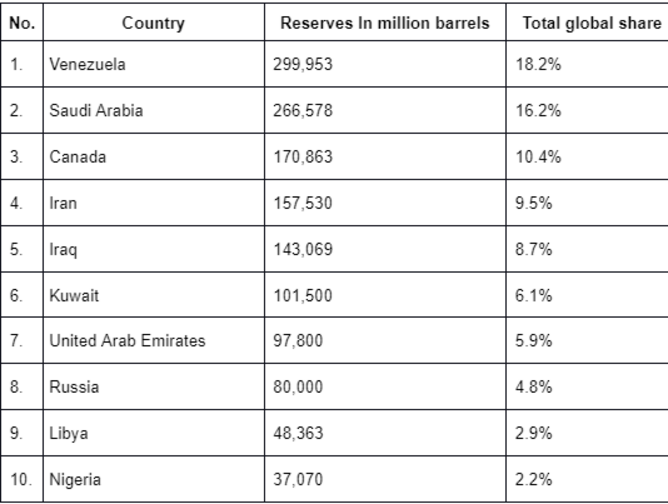 Meanwhile, the top consumers of oil as of 2019 are the US, followed by China, then India. The US consumed 20% of the world’s share of oil. China consumed 14%, while India consumed only 5%.