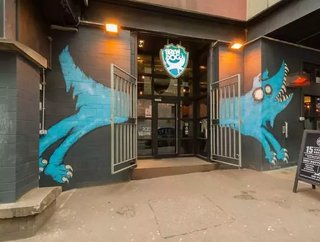 Scottish brewery BrewDog has shared its vision for a bold approach to doing business which incorporates sustainability as an essential component. Estab...

Scottish brewery BrewDog has shared its vision for a bold approach to doing business which incorporates sustainability as an essential component.

Established in 2007, the independent brewing company has garnered a reputation for its intrepid and modern approach to doing business (such as ‘pawternity leave’ for staff who are new dog owners), as well as multiple awards for its range of creatively produced beers.

In addition, the company will be overhauling the brand’s design to coincide with the new chapter in its history.

Commenting on the upcoming changes, James Watt, Co-Founder, believes that BrewDog is demonstrating an industry-leading attitude. “We’ve made it here by shaking up brewing and crafting a community-owned business that is 100% powered by people. This marks a new dawn,” he said.

“We want to make sure that we’re working to inspire a new kind of business, with sustainability at its core. Real change takes time. BrewDog Tomorrow is our commitment to continuously raising the bar and setting a new standard for beer and business.”