Eni to capitalise on next auction of UK offshore wind farms 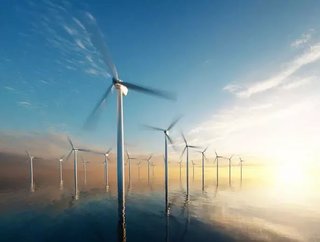 Eni and Mainstream Renewable Power combine efforts to fund and develop a portfolio of renewable energy Eni, a major gas and oil company based in Italy...

Eni, a major gas and oil company based in Italy, has joined with Mainstream Renewable Power to develop a portfolio of renewable energy production and storage.

The partnership will initially focus on the UK, with the fourth round of the UK’s offshore wind auctions attracting attention. Eni is set to expand out to Southeast Asia and South Africa after it settles its UK holdings. During the third round of auctions, held last week, competition was fierce and prices were a record low, according to KMPG reports.

Andy Kinsella, group chief executive at Mainstream, said: “Our joint participation in the UK’s Offshore Round 4 will combine our leadership position, expertise and unrivalled track record in the global offshore wind sector, with Eni’s pre-eminence and experience in offshore energy infrastructure, its commitment to decarbonize the energy system, as well as its robust balance sheet, in what is a capital-intensive business.”

With regulations around joint bidding seeing recent alterations, market heads predict that the renewable energy sector will see interest from new investors. Shimeng Yang, offshore wind senior analyst at Wood Mackenzie Power & Renewables, told Green Tech Media that the new announcement of the latest seabed leasing in the UK “will encourage oil and gas companies that have been very interested in offshore wind and trying to secure project pipelines."

Eni has showed interest in developing a portfolio of renewable energy of 5GW by 2025, in line with Paris climate agreement targets.

Mainstream brings a wealth of experience of offshore wind farms with it. It was the initial progenitor of the 3GW Hornsea project, since sold to Orstead, it also worked on developments in Vietnam for a 800-megawatt facility and the 450-megawatt Neart na Gaoithe project, acquired by EDF.