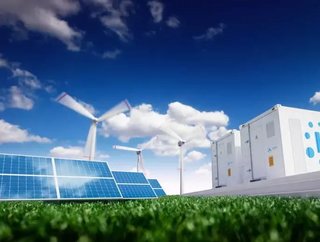 Tech giants met at the American Council on Renewable Energy forum to encourage and enable wider industries to invest in renewable energy At an event ho...

At an event hosted by the American Council on Renewable Energy on 17 October, tech giants discussed the drivers for the sustainable energy sector. Corporate procurement now ranks among the highest commercial advocates for renewable energy deployment, but speakers at the summit said this is not a long-term solution for industries as a whole.

Facebook and Google are currently the largest buyers of renewable energy in the US.

According to a report by the Renewable Energy Buyers Alliance (REBA), Facebook has signed seven US deals during 2019. In September 2019, Google announced its procurement of 1.6GW to power its distribution network across the globe, plus a further US$500,000 in REBA which itself encourages investment in renewable energy.

Although this shows promise, the companies agreed that it is not enough to turn the tide of climate change and positively ensure a sustainable future.

“What we’ve been doing we’re very proud of, but it’s not necessarily the scale or the answer long-term,” said Robert Parker, Google’s Senior Lead for Data Centre Energy and Location strategy. “We’re not a utility, we’re not a power company.”

According to Parker, Google recently became a member of Midcontinent Independent System Operator and the Southwest Power Pool, and continues to push its efforts to ingrain itself in the local communities’ sustainable efforts.

“Ten years ago, nobody was offering us renewable energy, so we signed PPAs (power purchase agreements),” said Parker. “Our goal is to decarbonise the grid. If our utilities will offer us products that we’re looking for on a cost-effective basis, then that helps everybody.”

Peter Freed, Facebook’s Head of Energy strategy admits that there have been legal hurdles to be overcome when meeting its renewable energy goals. “When we first came into the market, there were no products that worked for us, or very few and so we started to have to do things ourselves,” said Freed.  “We've done a huge amount of work with regulated utilities, really trying to partner with them to figure out how we can use their existing toolbox to put together rate structures that allow individual companies to serve load with 100 percent renewable energy while making sure that we insulate other customers from the costs of doing so.”