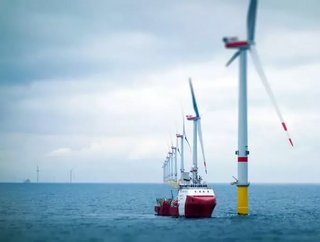 As part of Shell’s New Energies division it has made a deal to develop floating offshore wind farms off the coast of France. Shell has announced it...

As part of Shell’s New Energies division it has made a deal to develop floating offshore wind farms off the coast of France.

Shell has announced its acquisition of Eolfi, a floating offshore wind power developer based in France. The deal reinforces Shell’s expansion into sustainable power production and is expected to be completed by the end of December 2019. This will see Eolfi become an integrated subsidiary of Shell’s New Energies division after the deal is completed and passed by regulatory authorities.

Shell has stated it wishes to take up opportunities for further development within the fixed-bottom offshore wind farms market, with sites off the French coast. A recent unsuccessful bid to acquire the tender for a 750MW wind project off the coast of Dunkirk proceeded the recent bid for Eolfi. During the Dunkirk bid Shell competed with the likes of EDF Renewables, Equinor and Innogy to bring the operation into its US$2.bn investment plan to establish the New Energies division.

Under the new deal with Eolfi, Shell  will be able to contribute it’s experience and expertise towards the success of these future projects. Speaking on that experience, Charles O. Holliday, Chair of the Board, Shell, says, "We are preparing for the future by using those strengths while investing in new areas of energy, whether that is wind or solar power, charging points for electric vehicles or lower-carbon biofuels."

Eolfi has already developed five onshore wind and solar projects in five countries and is currently investing in a three-turbine floating offshore wind pilot project along the coast of Brittany and has plans to develop five more 500MW sites off the coast of Taiwan, in collaboration with Cobra Concersiones.

The deal will not see any jobs relocated or lost after its completion, according to Dorine Bosman, a spokeswoman for Eolfi. Speaking on the deal Bosmans says, "Eolfi has been a pioneer of floating wind development.” Bosman adds, "We believe the union of Eolfi’s expertise and portfolio with Shell’s resources and ability to scale-up will help make electricity a significant business for Shell."