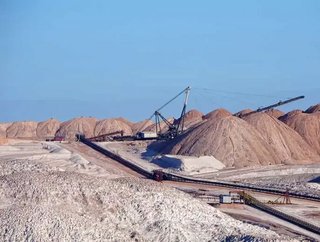 Renowned German car manufacturers Volkswagen and Daimler have jointly commissioned a study on lithium mining in advance of a projected EV rush. The sub...

Renowned German car manufacturers Volkswagen and Daimler have jointly commissioned a study on lithium mining in advance of a projected EV rush.

The submitted filings for the report stated, "This project is driven by the Volkswagen and Daimler companies. The growing importance of batteries has made the sustainability of lithium a key priority for these companies."

A key component in the production of batteries, lithium has been called “the irreplaceable element of the electric era” by Volkswagen and it will prove to be essential as more consumers make the switch from petrol/diesel vehicles to the EVs.

Possessing an innately superlative ability to carry an electric charge, the global demand for the metal is projected to reach 820,000 tonnes by 2025 - more than triple the 269,000 tonnes required in 2018.

The primary source for industrial quantities of lithium come from the Atacama salt flat in Chile. Part of the ‘lithium triangle’ (also containing Olaroz, Argentina and Uyuni, Bolivia), Atacama is a desertlike region with a small water supply.

Volkswagen and Daimler are concerned that ongoing mining operations could adversely affect the communities situated near the sites, as water consumption within the industry can be high (for instance, China’s coal industry uses up 17% of the country’s water).

Apparently taking the matter very seriously, Volkswagen reportedly visited Atacama in January for a series of meetings with community leaders, miners and officials in order to outline a plan of action.

It’s possible that, if the ecological strain on the region is too high, manufacturers will need to investigate alternative sources for lithium. In a previous article, Business Chief examined the Alberta Lithium Project in Canada, which has the potential for providing a more sustainable source of the metal:

The lithium enriched brine that is abundant in the Leduc Formation - a major source of oil and natural gas in Alberta - is a large part of the project’s exciting potential, as is the “industry-friendly” jurisdiction of the province.

E3 will be able to repurpose important logistic routes in its permitted area for producing and processing lithium brine. High temperature and flowrates also mean that geothermal power/heat recovery should be possible, further adding to the project’s ‘green’ credentials.