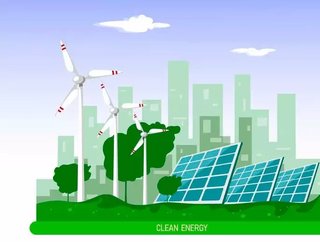 A partnership between the International Renewable Energy Agency (IRENA) and the UN Human Settlements Programme will encourage eco-friendly cities. Rese...

A partnership between the International Renewable Energy Agency (IRENA) and the UN Human Settlements Programme will encourage eco-friendly cities.

Research conducted by IRENA has found that 65% of global energy requirements are derived from the demand of cities. Therefore, the energy transition from fossil fuels to renewables is crucial and could have long-term impacts of climate targets.

Among the report’s materials were examinations of cities and what each one is doing to mitigate GHG (greenhouse gas emissions).

Examples include: Malmö, Sweden, which has set an ambitious target of 100% renewable energy; New Delhi, India, which has commissioned 20MW of solar installations on rooftops; and Rosario, Argentina, which has installed solar water heaters in municipal buildings.

Promoting social and environmental sustainability in towns and cities across the world, the UN Human Settlements Programme (UN-HSP) will be augmenting IRENA’s push to increase the uptake of renewable energy globally.

“The signing of this MoU (memorandum of understanding) is one of the many testaments of UN reforms to advance synergy and partnership,” said Victor Kisob, UN-Habitat Deputy Executive Director, in an article by Modern Diplomacy.

Seeing the collaboration as a great opportunity to pool information, resources and build consensus on targets, Kisob believes that results will be fruitful.“We are happy to strengthen our partnership with IRENA for a more sustainable energy future.”

IRENA has announced in a press release that it considers ‘green bonds’ to be an essential bridge for capital and assets. These will allow investors to participate in sustainability drives and help governments raise the necessary funds to implement them.

The green bond market goes back to 2007, when the European Investment Bank issued a Climate Awareness Bond which managed to raise €600mn for renewable energy projects. IRENA claims that the market has now significantly expanded to US$270bn.

“Cities are the engines of modern economic growth, supporting prosperity and opportunity, and are also a source of significant energy demands and of carbon emissions,” said Francesco La Camera, Director-General of IRENA.

“Cities can significantly contribute to the achievement of global energy transformation objectives and this partnership [with the UN-HSP] will help accelerate that process.”