Centrica and sonnen give power to the people 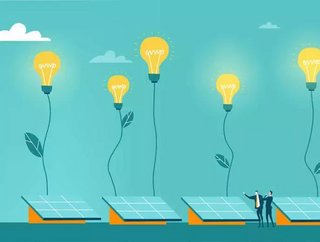 The ultimate self-sufficiency in this modern era is the ability to have an independent source of sustainable, ‘green’ electricity in every house. B...

The ultimate self-sufficiency in this modern era is the ability to have an independent source of sustainable, ‘green’ electricity in every house.

British multinational Centrica have teamed up with German energy company sonnen to deliver a network of 100 batteries in homes across the UK, each acting as a domestic electricity storage point. Linked and maintained via the cloud, the network will function like a power station and will allow the battery owners to store energy from solar panels on their property.

Good for consumers, good for the planet

Giving a boost to customers who have already made an investment into cleaner sources of energy, Centrica and sonnen are confident that their innovation represents the future in domestic power.

"In the past, automated Demand Response was the domain of large industrial and commercial energy users,” said Pieter-Jan Mermans, Global Optimisation Director at Centrica. “In the last 12 months we have shown that networks of devices such as home batteries and hot water tanks can also take part, putting the customer in greater control of their energy, making them more sustainable and helping lower their bills."

Each sonnenBatterie system is designed to offer greater storage capacity and grid stabilisation, something the two companies are eager to develop even further as the project matures.

“The digital energy transformation, towards a clean energy system, is taking place all over the world and our technology is an important key to its success,” commented Jean-Baptiste Cornefert, MD of sonnen. “sonnen is the first provider in the UK to prequalify with a virtual power plant of decentralised home storage systems.”

Meanwhile, sonnen are careful to highlight that its batteries don't just represent a saving for consumers, but also an important environmental saving too. “Every megawatt provided across the network replaces one that would have been generated by conventional fossil fuel power stations.”