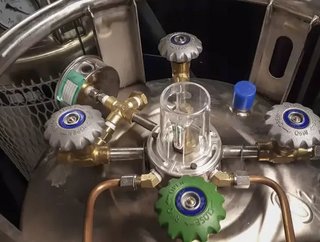 Utilising low-temperature liquids (based from nitrogen or oxygen) as a storage medium, cryogenic energy storage is capable of providing all the essential features of a sturdy grid: time-shifting, frequency regulation, synchronous inertia, etc.

The partnership with SHI is based on Highview’s proprietary energy storage system - the CRYOBattery - which can produce, over the course of its 30-year operational life, an output from between 20MW/100MWh to 200MW/2GWh of power.

Investing in the future

SHI will be investing US$46mn into the project, which will help to bolster clean-energy storage capabilities as well as urban infrastructures as they strive towards using 100% renewable energy.

Committed to bringing the very best technology, products and services to the world, SHI has decided to collaborate with Highview in order to introduce its product to a wider audience and develop its capabilities, using its subsidiary Sumitomo SHI FW (SFW) as a tech hub.

With the transition from fossil-fuelled grids to ones constituted from a variety of renewable sources already underway, cryogenic storage could present a very necessary and innovative solution to power supply issues.

“One of the biggest barriers to a carbon-free future has been the ability of renewables to perform as reliably as, and as cost-effectively as traditional fuel sources,” said Tomas Harju-Jeanty, CEO at SFW.

“Highview Power’s long-duration energy storage technology not only solves the problems that enable dispatchable renewables but will be a catalyst in bringing the energy transition forward.”

Discussing the development of a product which has been underway for 15 years, Javier Cavada, President and CEO of Highview, was grateful to SHI for its partnership and hoped that the collaboration would enable the CRYOBattery to enter the world stage.

“By partnering with a large technology company with the reputation of SHI, we will be able to benefit from their vast know-how, resources, and operating experience in diversified markets,” he said.

Augmented by the company’s own BLU 2 core controller system, which allows for easy optimisation of the CRYOBattery, the system was awarded the 2019 Ashden Award for Energy Innovation.

Cited as ‘ground-breaking’ by the Ashden committee, Highview was recognised for developing a “relatively cheap, long-lasting and easy to make and install” product.