2025: the magic year for EV manufacturers? 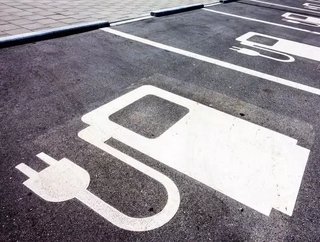 South Korean car manufacturer Kia Motors has announced an ambitious $25bn strategy in order to pave the way for its shift of focus to EVs. The strategy...

South Korean car manufacturer Kia Motors has announced an ambitious $25bn strategy in order to pave the way for its shift of focus to EVs.

The strategy, called ‘Plan S’ by Kia, will see a variety of dynamic and wide-ranging changes across the board, from vehicle models to sales targets. “Kia Motors will actively innovate to take on the challenges ahead, identifying and capitalizing on new opportunities to propel the company forward,” said President and CEO Han-woo Park.

Driving into the future

A key part of Kia’s new direction is the planned inclusion of 11 new EV models to its rostrum by the end of 2025. The company hopes that these new vehicles can help it achieve a 6.6% market share of the global EV market, slightly more than double their estimated share in 2019.

Although industry leaders like Tesla and BMW hold a commanding advantage, Kia aims to see sales of 500,000 cars annually in its domestic market and one million sales per year globally. With the EV market gaining noticeable traction on a yearly basis, the company’s relatively preemptive shift from combustibles to electricity couldn’t have come at a better time.

In a similar display of willpower and industrial muscle, Ford, Nissan, and Volkswagen have all announced their intentions to add a variety of hybrid and fully electric models to their books by 2025.

Volkswagen expects annual sales to reach two to three million by the end of the same year, placing it close in the running to steal Tesla’s crown.

Park summarises the strategy’s overarching philosophy: “Our approach is to put customers first, and Kia will reinvigorate its brand innovation by developing products and services that offer new experiences for customers.”

The company’s recognition that stoking interest and encouraging uptake of an idea is significant and good for consumers. More competition among manufacturers will result in a wider variety of choice and more EVs on the road, which in turn will give impetus to infrastructural change.