Ford and Volkswagen partner to invest autonomous and electric vehicles 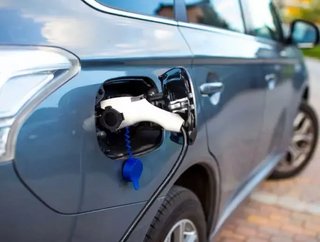 The automobile manufacturers, Ford and Volkswagen, has announced plans to invest billions of dollars in autonomous and electric vehicles. The US and Ge...

The automobile manufacturers, Ford and Volkswagen, has announced plans to invest billions of dollars in autonomous and electric vehicles.

The US and German companies will launch new joint ventures that will see them share intellectual property and hardware, according to the firms’ executives, CNBC reported.

Ford and Volkswagen’s CEOs, Jim Hackett and Dr Herbert Diess, will host a press conference on 12 July to update on their global alliance.

“The companies also will share details of new collaborations also aimed at better serving their customers while improving each company’s competitiveness and capital efficiency,” stated a press release.

“In January, Ford and Volkswagen AG announced a global alliance with initial plans to develop commercial vans and medium-sized pickups for global markets beginning as early as 2022.”

“In addition, Volkswagen AG and Ford signed a memorandum of understanding to investigate collaboration on autonomous vehicles, mobility services and electric vehicles.”

According to the executives, the deal will see Volkswagen enable Ford to access its underlying platform to anchor electric vehicles.

The Germany automaker also has plans to invest in the Pittsburgh-based research business Argo AI.

Ford became a lead investor in the autonomous vehicle-focused firm when it provided US$1bn in finances in 2017.