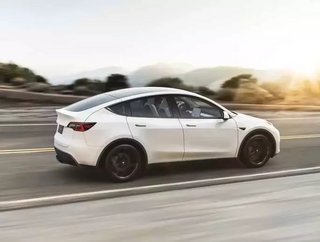 Prominent EV manufacturer Tesla has confirmed that it has produced 1mn electric cars, making it the first company in history to do so. Despite an often...

Prominent EV manufacturer Tesla has confirmed that it has produced 1mn electric cars, making it the first company in history to do so.

Despite an often tempestuous production history since it was founded in 2003, the company has managed to capture the imagination of the world and has been a motivator for progress in the EV sector generally.

According to Electrek, the company has even beaten Chinese rival BYD in terms of sales; a close competition that some believed Tesla couldn’t win, it took the crown for the first time in Q1 of 2019 with a 2.6% advantage.

Going from strength to strength

With the Models S, X and 3 firmly established, the company is proceeding with the launch of its fourth vehicle: the Model Y.

Able to travel with a 336-mile range between charges, the Model Y has is the most efficient EV in the SUV class. The car’s functionality is augmented by the presence of 16,000 ‘superchargers’ worldwide, capable of recharging the battery by 50% in just 15 minutes.

Another vehicle currently in development is Tesla’s ‘Cybertruck’. Designed as part of the company’s ongoing mission to aid the global shift towards sustainable energy, the vehicle will have the “utility of a truck and the performance of a sports car”, according to its website.

Ahead of the trend

Although far ahead of its rivals in the development of EVs, Tesla could soon find stern competition from other established names in the automotive industry.

In a previous article by CSO Magazine, we explored how Ford Europe recently announced that it was embracing a newly ‘electrified’ approach:

“We made a commitment to make electrification relevant and attainable for more drivers than ever before,” said Stuart Rowley, President of Ford Europe.

Similar claims have also been made by Porsche Canada:

“It’s clear within the next five years, we believe, that 50% of our cars will be electric,” stated Marc Ouayoun, President and CEO.

“A couple of years ago, we really thought about sports cars: how do we imagine our future because of new trends in sustainability, and we finally decided to go electric because that fits very well with the brand.”