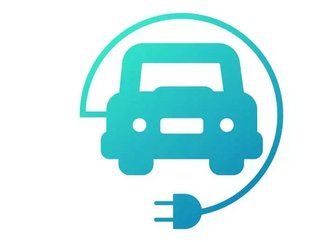 A new report from energy consultancy Delta-EE has concluded that the UK is one of the leading European countries in the development of EV infrastructure...

A new report from energy consultancy Delta-EE has concluded that the UK is one of the leading European countries in the development of EV infrastructure.

Bettering the European Commission’s recommended ratio of 10 EVs per public chargepoint (the UK has nine EVs per chargepoint), it appears that the strong investments of £300-400mn in the sector are beginning to pay off.

Delta-EE’s data was generated from a sample base of five countries pioneering EV infrastructure: Norway, France, Germany, the Netherlands, and UK. The report found that these markets accounted for 75% of chargepoints currently available in Europe.

An accomplishment not without challenges

Whilst the report gives cause for optimism, there are still some concerns that need to be addressed which the UK cannot afford to be complacent about.

The biggest concern is the disparity of EV chargepoint distribution across the country - London, Scotland, the South East and South West have experienced the most development, while other regions lag behind.

This has given rise to old fears regarding the viable range of EVs. “There’s a lot of talk about range anxiety and a lack of charging infrastructure being a barrier to uptake, but our research shows this shouldn’t be the case as the UK has over 24,000 chargepoints accessible to the public,” said Alexander Lewis-Jones, Senior Analyst at Delta-EE.

“The UK also makes greater use of home charging compared to our European neighbours. 61% of EV drivers in the UK use a dedicated home EV chargepoint, versus an average of 54% in other European countries. This helps to reduce the demand on public charging infrastructure.” Nevertheless, Delta-EE advises local councils/authorities to install more charepoints in their area to ensure public demand doesn’t outstrip availability.

Despite consumer desire to see more chargepoints installed nationwide, the report advises that those currently available are actually underused. Warning that this could be off putting for potential investors seeking a return for their money, Delta-EE recommends that the sector focus on finding creative solutions.

“The chargepoint landscape will continue to change, with destination charging, transit charging and on-street charging all having valuable roles to play in our EV journey. Different business models will be developed and deployed for each of these as the revenues stack differently depending on the consumer’s interaction with the infrastructure.”