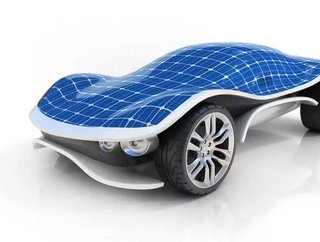 Held for over 30 years, the World Solar Challenge (WSC) has been bringing smart minds and fast vehicles together to race using solar power. A 3,000km c...

Held for over 30 years, the World Solar Challenge (WSC) has been bringing smart minds and fast vehicles together to race using solar power.

A 3,000km course from Darwin to Adelaide brings competitors from over 30 countries together in the spirit of homegrown engineering, cutting-edge design and fast-paced competition.

Using no other fuel source that whatever energy can be absorbed from the sun or recovered from the vehicle’s kinetic energy, drivers and their teams can race across three closes: challenger (single-seat), cruiser (two or more seats) and adventure (non-competitive).

“Based on the original notion that a 1000W car would complete the journey in 50 hours, solar cars are allowed a nominal 5kW hours of stored energy, which is 10% of that theoretical figure,” says the organiser’s website. These are arguably the most efficient electric vehicles.”

EVs have already entered the mainstream racing scene via Formula E, the FIA’s electrical official variant of the world-famous Formula One series, but few events capture the push towards sustainability in every aspect of life quite like the WSC.

Currently sponsored by Bridgestone, which has recently signed on for a 10-year contract, the event is hoping to take on even greater precedence as EVs become more popular with the wider public.

With the 2017 race bringing almost AU$12mn and creating 102 full-time jobs, local authorities are excited by the prospect of the race gaining further traction.

“A partnership like this, not only secures the future of the world’s largest, most-respected solar challenge, it also provides a proving ground for renewable technology and sustainable innovation,” said David Ridgway, South Australia’s Minister for Trade, Tourism and Investment.

Commenting on the event’s long history, Chris Selwood AM, Event Director, emphasised that he saw the event as capable of spearheading change in the racing industry.

“It is incredibly exciting, as the world debates climate change and the best way forward, to know the BWSC can continue to be a catalyst for sustainable change in the way we will choose to travel in the future.”