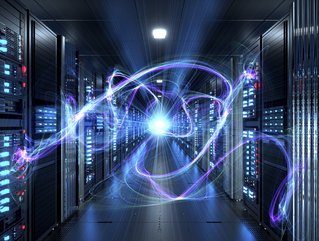 As data and data analytics becomes an increasingly pivotal, we take a look at what data centre companies are doing a good job of staying green

Connectivity. Algorithms. Like it or not, we live in a world of data. That is indisputable. What is perhaps less known are the deleterious effects data centres have on the environment. They are serial emitters, and as they increasingly dot our collective landscape, measures must be taken to highlight those data centres that operate according to environmental principles, for hopefully one day, they all will.

First, a few numbers: data centres collectively make up 1-1.5% of global electricity consumption. Growth is happening apace, and the energy they consume is due to quadruple by the end of the decade. Unless sustainability is integrated into their design, data centres will account for more energy consumed than the entire aviation industry.

In this context, Sustainability Magazine is going to take a look at the top ten green data centre companies in the world.

When Greenpeace offers its plaudits, paying attention is not a bad idea. The data centre company received the highest rating for any type of company in its Clicking Clean Report. No doubt, the fact that they have been running on renewable energy since 2016 has a good deal to do with this.

And it’s not just Greenpeace: the S&P has also given Switch its highest environmental rating, the global ratings company underscoring both social and governance standards.

In the Asia-Pacific region there is AirTrunk. It was founded in 2015 and articulates its vision “to continuously redefice and deliver the hyperscale data centres of tomorrow, in order to meet the needs of the world’s most influential technology companies today and in the future.”

Regarding its operations, one area of note is the fact that it optimises water efficiency through water conservation efforts. As a token devotion to the cause of sustainability, they are aligned with the United Nations Sustainable Development Goals and the Paris Climate Agreement.

EdgeConneX is riding the wave of the $1,7bn in sustainability funding it realised earlier this year. On a grander scale, this company hopes to be carbon, water and waste neutral by 2030, the year by which it hopes to have 100% renewable energy across its data platform.

As its success grows, it has every intention of raising the standards of its ESG commitments.

Ark Data Centres is arguably the most efficient data centre company in the United Kingdom and has articulated its vision of minimising the environmental impact. In this spirit, it has fully integrated an environmental management system into its operations. As well, to further limit its impact on the environment, the company carefully select the machinery it uses, and it promotes recycling among clients, suppliers, and visitors.

Leading the charge in Latin America is Scala Data Centers, the leading hyperscale data centre in the LatAm region. Founded in 2020, it is the first data centre company in the region to use 100% renewable  energy, it has a 1.5 PUE, and has pledged that all of its buildings will have a 1.4 OUE once operational.

Furthermore, as of May 2021, the company received a CarbonNeutral certification in May 2021.

Powered  by 100% renewable energy, fluent in carbon credit assistance, and with a low PUE, Iron Mountain sets an example for all in the industry to look up to. Further raising its profile are the long-term commitments it has made to improve its social and environmental standing.

The London-based Equinix can boast quite a breadth: it models itself as "world's digital infrastructure company," can boast operations in across the globe, from the Americas to Asia, and covers sectors as diverse as manufacturing, finance, government, healthcare and education.

Its ambitions in terms of sustainability are equally as impressive. It is aiming to be carbon neutral by 2030 in accordance with science-based targets. Furthermore it has a new ESG plan and has invested over $129m in energy upgrades, retrofits and improvements.

Schneider Energy is riding the wave of accolades: in 2021, it was designated as the most sustainable company in the world, and in 2022 it was called the number on PPA marketplace solution provider by Guidehouse Insights.

The company isn’t just green itself, it also helps its clients to be greener. An example of this would be its work with the nation of Italy, where 40% of energy has been made renewable thanks to Schneider’s EcoStruxure Smart Grid.

Recipient of the 2021 EPA Energy Star Partner of the Year Sustained Excellence Award (thanks to its energy efficiency initiative), this company is the first data centre in the world to reach 1GW of sustainable IT capacity. It also has 64% renewable energy coverage, a figure that increased by 14% in a year.

Its expansion has been breakneck. In 2021 alone, it added 118MW of solar and wind power to its energy grid. As well, it has completed the issuance of tow green bonds, valuing its cumulative green bonds since 2015 to $6bn.

Building on the legacy, the California-based company has kept its ambitions high: it has stated that it intends to operate a 24/7 carbon-free set up across its entire global data network by the end of the decade.