COP27: World Bank taken to task for doing too little 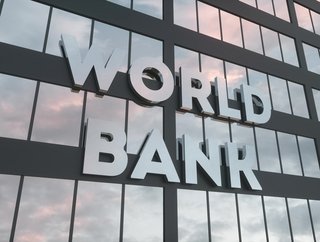 The development institution has taken flak for not adapting to the evolving priorities of the times... and its president is seen the likeliest culprit

The World Bank is turning into an unlikely target at this year’s COP27. Major players from across the spectrum have used the occasion of the meeting in Sharm El Sheikh, Egypt to call for the World Bank to play a more active role in addressing the climate crisis.

As a result, the stewardship of World Bank President David Malpass has come into question and calls for his resignation have ensued.

These detractors claim that the American is a climate denier and, therefore, unsuited to the task of leading this vital institution of global development in an age of climate emergency. Malpass was appointed to the role by former President Donald Trump, a man more infamous than famous among those who regard climate change as a pressing issue. Following the line of his former boss, Malpass, too, has a history of climate denialism.

It is slightly odd that the World Bank receives attention at what is a United Nations conference, as the two bodies exist completely independently of one another. That said, the World Bank – which was created at 1944’s Bretton Woods agreement – does indeed provide vital financial support for global development, and many see a pivot toward more climate-driven development as an essential one if it is to remain relevant in the coming years.

Resignation, and then overhaul

Perhaps the most forceful calls for Malpass’ resignation came from former US Vice President and climate advocate Al Gore, who said to The Guardian that “he has been a climate denier for quite a long time. He ran for Congress as a climate denier. He’s made multiple statements over the years making it clear that he just has serious doubts that the climate crisis is real.”

Gore also emphasised the need for the World Bank to bring itself more in line with 21st century priorities, claiming that the bank needed an overhaul and that it was contributing to “fossil fuel colonialism” by helping to financially support the exploitation of gas deposits in Africa.

Calls for the World Bank’s overhaul were by no means limited to him.

Mia Mottley, Barbados’ prime minister, made the goal a major pillar of her keynote address, saying: “Institutions crafted in the mid-20th century cannot be effective in the third decade of the 21st century. They do not describe 21st century issues.”

Elsewhere at COP27, the UK and Australia have called for the World Bank to adapt to changing circumstances.