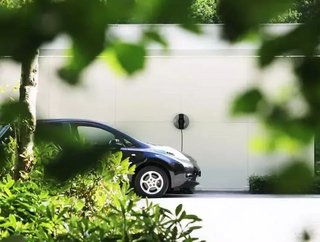 FreeWire CEO Arcady Sosinov discusses FreeWire’s success as a developer of mobile EV charging solutions and how its technology circumvents the challen...

As the uptake of electric vehicles continues to grow exponentially around the developed world, the question of infrastructure still looms large. For EVs to truly enter the mainstream, consumers need the peace of mind that they will find a charging point as easily as a petrol station, and that a low charge far from home is not cause for alarm. Installing a fixed infrastructure at the scale required throws up a number of challenge s which are ultimately unified under the common denominators of significant cost, time consumption, and even sheer impossibility in some locations.

FreeWire, based in San Leandro, California, has devised a particularly ingenious solution to these issues with its Mobi devices. The rolling charger units plug into wall sockets and incorporate integrated batteries as a buffer between the grid and EV, boosting the charge rate without causing a sudden spike in demand from the grid. The result is a product that is mobile, can be used practically anywhere with a power source, and offers faster charging than the trickle charge stations currently found in many inner cities. Arcady Sosinov, co-Founder and CEO of FreeWire, says that Mobi’s manoeuvrability is not in itself its biggest draw. “It’s unique, and it’s not simply mobile charging. It’s easy to look at a product and think mobile charging, that’s really the catch there, but it’s more than that. Everything we do is to minimise infrastructure, and that’s the thesis under which we work. The technology that’s inside that mobile charger is going to have an important place in the EV charging world, and that’s integrated charging and fast charging.”

Born around 80km outside Chernobyl a month and a half after the Soviet power plant’s explosion, Sosinov’s family moved to the US shortly after and he says that this personal history spurred an interest in energy and the ramifications of emergent energy needs from a young age. Leaving the world of finance to pursue a resolution to the EV infrastructure issue, Sosinov founded FreeWire alongside CIO Jawann Swislow and Director of Engineering, Rich Steele. In January 2018, FreeWire secured a US$5mn investment from BP Ventures, closing its $15mn Series A financing in December with both BP and Volvo, among others, behind them. “The biggest challenge, and the reason we raised this Series A round, is to go from pilot to programme,” Sosinov says. “A startup like ours, which worked previously at a very small scale, needs capital to build up internal operations, to build up our support structure. We’re growing from being that innovative, young, fast moving technology startup, and setting up the processes and operations internally to start supporting our major clients.”

In BP, FreeWire has a partner that offers a wealth of opportunities and symbiotic benefits. Where BP wants to deploy fast EV charging at its outlets, FreeWire has the potential to circumvent the need for infrastructure, the boosted wattage needed for fast charging, the necessity for new conduits, transformers, panels, power distribution units, and the exorbitant costs and labour that each of these require. BP offers FreeWire an entry point to an established, ubiquitous network of outlets around the world. “These guys have a lot of sites, a huge amount of reach, and if they want to distribute FreeWire technology it would be in dozens of countries instantly,” Sosinov explains. Last year, the partnership saw the release of two pilot Mobis at a BP outlet in Hammersmith, London for a hugely successful three-month trial that concluded in October. “We checked off all of our success metrics,” Sosinov says. “Everything worked out great and now we’re planning for future developments across all of Europe. The key thing that we wanted to show was that they can provide fast charging at a gas station without new infrastructure, and we did that. That was a big one.”

Chad Bown, Venture Principal at BP Ventures and Board Member at FreeWire, shares this positivity. “FreeWire units are very mobile. If you remove the wheels, you can pick the units up with a machine and move them about very quickly so that, as demand changes at certain sites, we can move very quickly to provide an offer nearby,” he says. “FreeWire units save you the time of getting regulations to dig up ground, and the costs of actually installing the copper. We’ve shown that EV charging at gas stations works. I think we’ve got the right flow, the logistics, the location, and enough real estate to fully integrate an EV capability and charging capability at our retail stations.” In tandem with an extremely positive response from consumers, the trial also successfully demonstrated the safety of the equipment itself in the setting of a BP outlet. Indeed, the firms seem exceptionally well matched. Consumers around the world know what to expect from a BP station, says Bown, and the firm wants to both leverage and continue this familiarity as motorists transition from petrol and diesel to electric vehicles. The challenge for BP, and for many others, is to establish the best commercial model for the provision of EV charging.

“You’ve got the cost of the input of electricity, and then the question of how you can effectively provide that to a customer in a manner that is economic and also timely,” Bown says, highlighting the challenge posed by consumers who want to be able to charge their EVs as quickly as they have historically refuelled their petrol or diesel vehicles. While the technology capable of such rapid speeds remains in the future, FreeWire itself has established a successful concierge platform that provides a means for customers to provide on-demand charging in myriad ways. “We sell customers the hardware and a subscription to our software platform, an app where users can drop a pin where they’re parked and schedule a charging session. The customer then operates the service themselves or hires a service company to operate it,” Sosinov explains. An example of this solution in action in the UK is with utility firm Centrica, who will be operating FreeWire units on the ground in London to provide on-demand charging services.

“On demand can mean a couple of different things. It could mean scheduled charges, so you live in Westminster and you need a charge every Thursday in the middle of the night. The system would roll around and charge your car and, when you wake up in the morning, you’re good to go for the next few days.” The potential for this mode of EV charging is matched by the potential benefits to employers whose workforce includes EV drivers. FreeWire’s website notes that EV drivers spend an average 30 minutes per day moving their vehicles to fixed charging ports and that this loss of productivity can amount to $1mn every year for workplaces with 200 EVs amongst its employees, or $5000 per head. In the context of vehicle-centric businesses moving towards fully-electric fleets, such as taxi firms and courier companies, the draw speaks for itself. The potential is not limited to employers who wish to provide this convenience to its employees or to firms with fleets of EVs at their disposal, but to companies who seize the opportunity to provide this service to the public. Utility firms, Sosinov says, are a great example of this in practice. Centrica, as previously mentioned, is an example of a firm utilising its labour force and expertise in mobile service operations to provide on demand EV charging as part of its business model. FreeWire’s technology is not only poised to answer one of the biggest questions posed by the EV future, but it has the capacity to open doors for a variety of industries and demographics. With the weight of BP and Volvo behind them at such an early stage in this emergent and competitive industry, FreeWire is certainly one to watch.