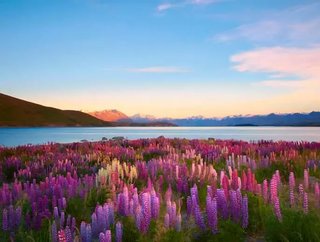 The New Zealand government has released a green paperdetailing its vision for hydrogen within the economy. Hydrogen carries significant potential as a...

The New Zealand government has released a green paper detailing its vision for hydrogen within the economy.

Hydrogen carries significant potential as a clean option for electricity production – with the waste products being water and far smaller amounts of carbon dioxide than fossil fuels generating the same energy output – but carries equally significant challenges regarding storage and distribution.

With plans to switch to 100% renewable electricity by 2035 and the enablement of a carbon-neutral economy by 2050, the government believes hydrogen could play a major part in the realisation of these goals. The green paper calls for public feedback on “the potential for hydrogen production, export and utilisation of hydrogen in New Zealand’s economy”, with a deadline of 25 October 2019.

Dr Megan Woods, Minister of Energy and Resources, said in the green paper that the government will endeavour to make this transition as people-led as possible. “This is about making sure the Government carefully plans with iwi, communities, businesses and unions, regions and sectors to manage the impacts and maximise the opportunities of the changes brought about by the transition to a low emissions economy,” she said.

In October 2018, New Zealand and Japan signed a Memorandum of Cooperation for the development of solutions for hydrogen as a mainstream energy source. “This memorandum helps signal New Zealand’s interest in working in partnership with Japan to develop H2 technology as we move towards a low carbon economy,” Woods said at the time, according to Gasworld. "This is the first memorandum of its kind with Japan in the world.”

Preceding that, the New Zealand Hydrogen Association was formed in September 2018 through the combined efforts of private and public sector entities augmented with funding from the Ministry of Business, Innovation and Employment. Comprised of energy firms, infrastructure developers, researchers, tourism companies, transport officials and more, the association aims to assist with New Zealand’s shift towards clean energy as leaders, business enablers, and developers of hydrogen-based solutions.